Nostalgic glance at 30 years of Longford life in 'YesterYears' 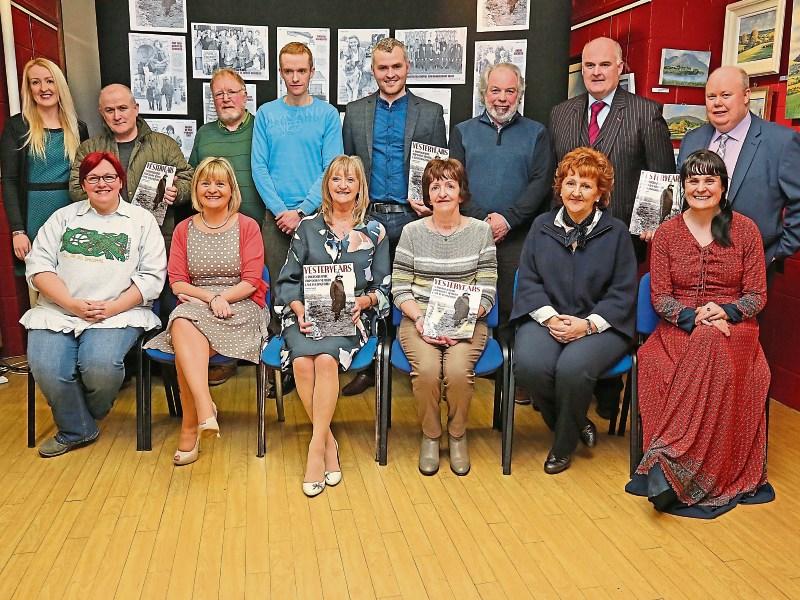 The 164-page publication which takes a trip down memory lane also  takes a unique look back through the last 30 years of life in Co Longford.

Launching the book, MD, Longford Leader Joe Flaherty paid tribute to the photographers past and present whom he added, “made this book happen”.

He added that the book represented the core values of the county, values that  incorporated “a huge sense of pride and community spirit”.

“We wouldn’t have this book nor would we have this wonderful archive were it not for the photographers who have gone before us,” Mr Flaherty continued.

“Much of the work in the book is by photographers Willie Farrell, Paddy Bracken, Joe McDonagh and Bryan O’Brien.

“In fact about 80% of the photos in this book were taken by Joe McDonagh.”

The local MD went on to say that a lot of thought and creativity had gone into Mr McDonagh’s work and his efforts over the years were very much appreciated by all those who had worked with him.    The local photographer retired from the Leader in 2010 after a career in Longford that spanned over 30 years.

“It would be remiss if I did not mention Eugene McGee here tonight,” continued Mr Flaherty who then pointed out that the  newspaper visionary had contributed enormously to the Longford Leader’s success.

“ A lot of the photographs that are in the book are from what we would effectively call the ‘McGee era’.

“He was a remarkable man and I was very lucky to get a job from him; you would have gone through walls for Eugene McGee because subliminally he was a great man to motivate people.”

Mr Flaherty then pointed out that Mr McGee encapsulated the spirit that is Longford.

“He should be commended for his investment in photography - a lot of regional papers did not do that, but Eugene did; he knew what photography meant in a local newspaper.

“He always had a photographer - he might not do up the newsroom or anything like that - but there was always a photographer and Joe McDonagh and Bryan O’Brien were two of those great photographers of the time.”

The Longford Leader’s MD then spoke about the changes that have since occurred to both photography and to the newspaper industry as the era of technology advances.

“We have great photographers today too and they include Shelley Corcoran, Michelle Ghee, Declan Gillmore and Syl Healy,” Mr Flaherty said, before mentioning some of the characters in the book including the ‘Cooper’ Reilly; Johnny Frayne in Kenagh and John Hestor.

“We are all very proud of YesterYears.

“It is a testimony to the likes of Joe McDonagh and those people who did so much to advance and promote the cause of Longford.”

YesterYears is on sale for €10 from local newsagents and also at the Longford Leader's office, Leader House, Dublin Road, Longford.