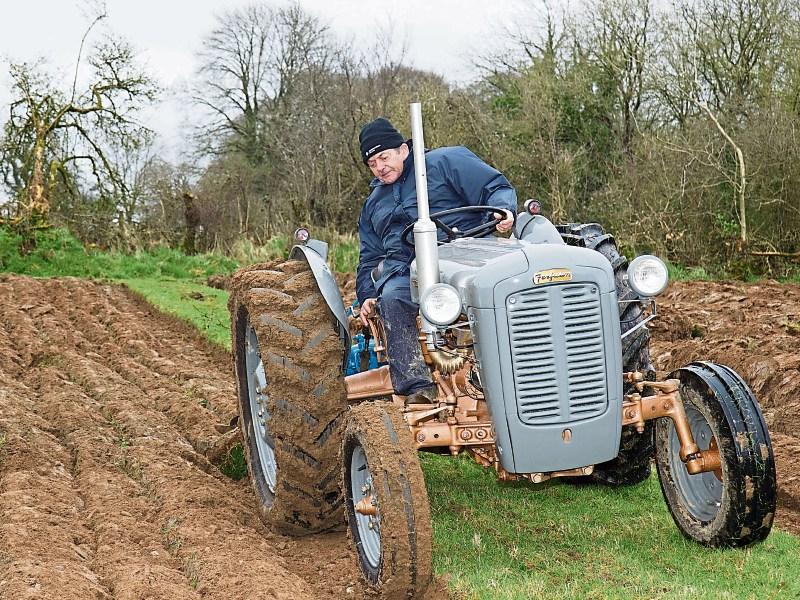 The annual ploughing workshop and Novice Match took place on the farm of Bernie and Maureen Jordan in Carrickedmond, on Saturday, March 18 last.

Eimear Monaghan, Cranleybeg, Edgeworthstown became the first person this year to secure a place on the Longford team for the National Ploughing Championships in September.

“Congratulations  to Eimear Monaghan and thanks to Smith's Gala Newtownforbes, sponsors of refreshments  at the novice match and Harriot Stewart for keeping the kettle on the boil all afternoon!“

We wish  Eimear  every success competing at Europe's largest Outdoor Exhibition  and Agricultural Trade Show in Screggan, Tullamore  in September.”

Meanwhile, all roads will lead to the Rustic Inn , Abbeyshrule tonight, Wednesday, March 29 for the launch of the Co Longford Ploughing Championships which takes place on on Sunday April 9 on the lands of Noel and Florence Gillanders.

This year’s ploughing championships promise much and with Derry heartthrob John McNicholl joining Declan Nerney for the ‘Celebrity Ploughing Bootcamp’ on the day there is certain to be a right ol’ hooley on the day.

“A little bit of madness is in store too with 'Hit the Diff' and ‘Slip the Clutch’  as Marty Mone makes his appearance as Special Guest,” continued Mr Casey, before pointing out that there would be plenty of other surprises in store.

Preparations for the big day will continue at a meeting on Tuesday, April 4 next at the Rustic Inn, Abbeyshrule from 9pm and it will be a case of all hands on deck! Everyone welcome.