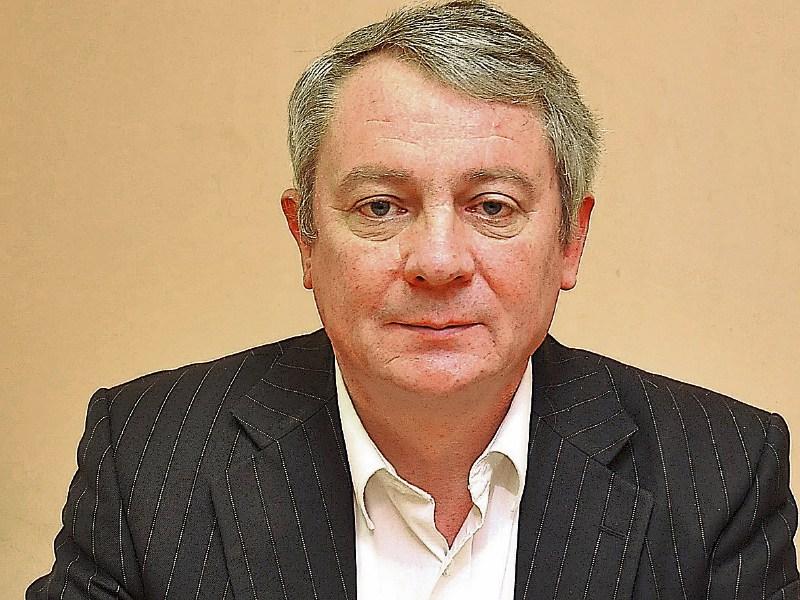 Proposals to rename the Aghareagh Roundabout on the N5 were tabled at last week’s meeting of Longford Municipal District.

The matter was raised by Cllr Seamus Butler (FF) in his notice of motion where he asked that Longford Municipal District Council change the name of the roundabout to “Fiddlemaster Tom ‘Blind’ Kiernan Roundabout”.

The background to his motion, centered around the discovery of a fully preserved fiddle during the excavation of the site for the construction of the N5 and a willingness by a new group to name the roundabout in conjunction with the fiddle sculpture already in situ on the N5 bypass.

Cllr Butler also provided some background on Mr Kiernan who was born in Drumlish in 1886 and held a long tradition of fiddle playing throughout the county.

“At the moment there is no context to the fiddle [sculpture] on the N5 even though I see people regularly taking selfies there,”  added Cllr Butler, before pointing out that the musician became blinded after he got small pox when only a youngster.

“Tom ‘Blind’ Kiernan ended his days in the workhouse here in Longford town.”

Meanwhile, Cllr Peggy Nolan (FG) informed those present that she was on the committee that chose the fiddle structure for the N5 in the first instance.

“The findings that you have put forward today Cllr Butler are brilliant,” she continued.

“What about maybe considering a plaque that would be placed on the ground beside the fiddle with all that information on it?

“I’m not sure that a change of name for the roundabout is a good idea.”

Engineer Eamon Bennett then informed the meeting that Transport Infrastructure Ireland (TII) had confirmed to him that there would be difficulties with the Irish translation of Cllr Butler’s suggestion on any signage that would be placed at the roundabout because it wouldn’t fit.

Cllr Butler then suggested that it be called ‘Fiddlemaster Roundabout’.

“We will agree wording that will work for signage,” he added, before the matter was brought to a conclusion.

Members decided to keep the matter on the agenda and discuss it further at their May meeting.