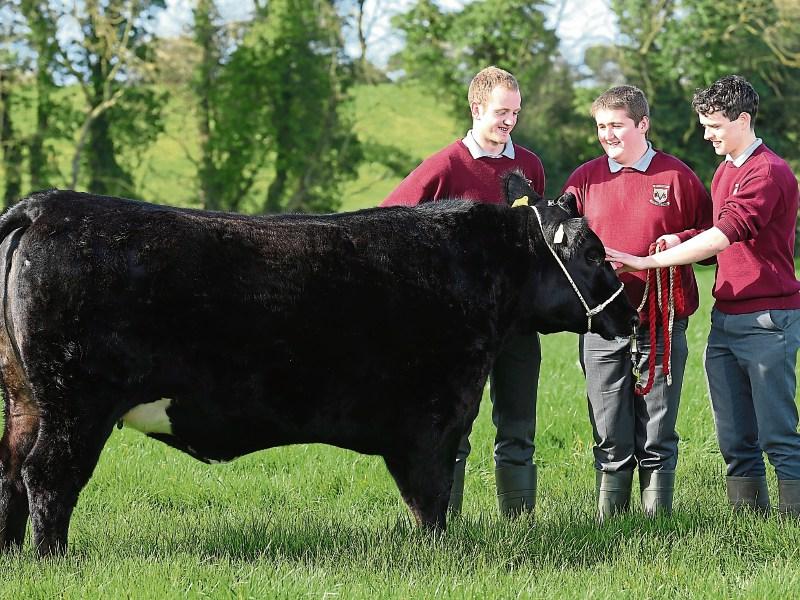 Three students from Ballymahon Vocational School reached the final in the Certified Irish Angus Beef schools competition which saw them rear five Irish Angus Cross calves for the past 18 months.

At an awards ceremony in Croke Park last Wednesday, the overall winner of the competition was announced as Our Ladys School in Terenure, Dublin.

However, Ballymahon VS received an “Outstanding Performance” award for their project which created awareness among farmers of the Irish Angus breed and its benefits.

As part of their winning project, they reared their calves on Enda’s family farm from September 2015 through to their slaughter in November 2016.

As part of their project the students produced a comedy drama video where they promoted all that was good about the production of Irish Angus cattle in their local mart in Ballymahon which was entertaining and informative.

The Certified Irish Angus Beef Schools competition run by the Irish Angus Producer Group, along with its processor partners, ABP Ireland and Kepak, aims to encourage second level students to gain an understanding about the care and attention that is required to produce and market the highest quality beef for consumers.

Each year, five school groups are chosen to receive five Irish Angus Cross calves. As part of their Leaving Certificate Agricultural Science project the students are required to set milestones through the lifetime of the animals, rear them through to slaughter and visit processing and retail facilities to understand how the food chain works.

Each of the finalists received the financial benefit involved in the selling of the animals to the processors on completion of the project.