All eyes on Longford autism fundraiser 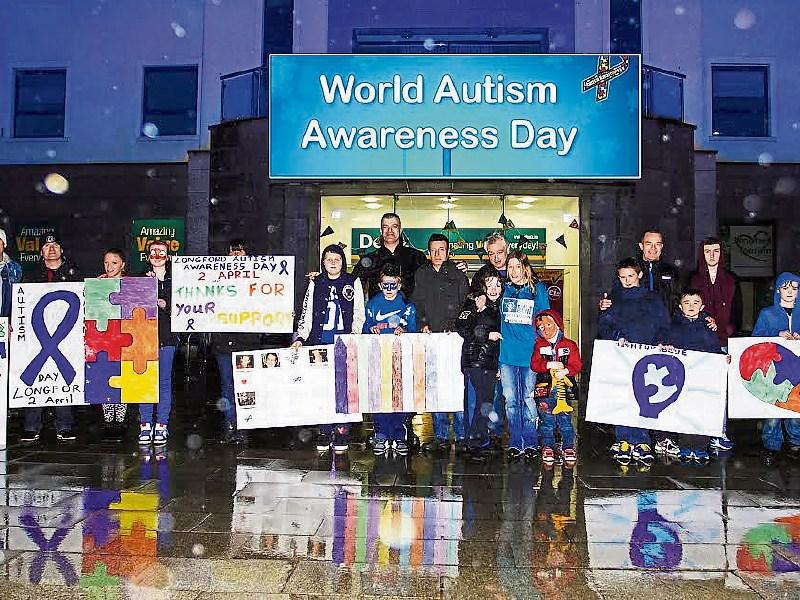 Longford town will descend into a sea of blue next weekend (April 1) as part of a major drive towards raising public awareness around autism.

It's all part of a broader effort by local parent Ann O'Leary to instil a greater understanding of the condition while also raising much needed funds for St Christopher's Special School.

It's Ms O'Leary's third year in succession to embark on a project which has become ever more popular in recent years.

“I have a son who is autistic and seen that there wasn't much autism awareness around Longford town,”  she said.

“I started off getting the shop windows in town to go blue on the day and our local County Council Office at Market Square to also go blue for the day for the  third year in row and they will continue to do so for the future on Autism Awareness Day.”

Bucket collections as well as well as a pop up shop at Fabiani, Grafton Court, from  9am-6pm  are just some of the added attractions the Longford town good samariatan has managed to add to her fundraising exploits.

She also reserved special praise for Harney's Jewellers where music and a whole host of entertainment is planned.

Similar gratitude was foisted in the direction of donors such as Conor Townsend as she revealed a 5km fun run/walk was also scheduled in Ballymahon on April 8.

Volunteers keen on taking part in Saturday week's Autism Awareness Day can contact Ms O'Leary at  0860898489 or by emailing annoleary@ymail.com