Back to the future for Ballymahon parade this St Patrick's Day 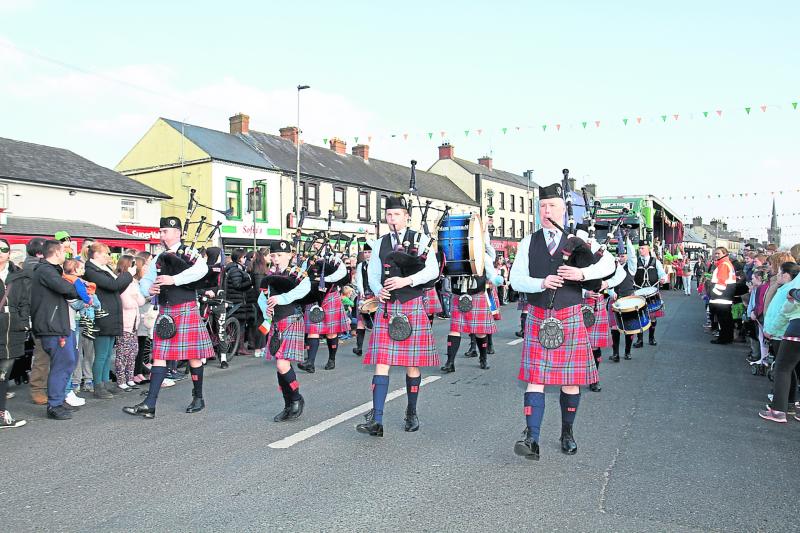 Last year, the town of Ballymahon took a leap 100 years back in time for St Patrick’s Day, with a 1916-themed parade for the centenary celebrations.

This year, they’re jumping back in their time machine to do the complete opposite, and set the dials to March 17, 2067.
With the construction of Center Parcs taking place in Newcastle Wood, and the Government’s investment in the more rural parts of the country, the small town of Ballymahon has a very bright and exciting future.
For that reason, the theme for the Ballymahon St Patrick’s Day parade this year is ‘Ballymahon 2067’ - a look at what the local community, businesses and sponsors of the parade think Ballymahon will be like in 50 years' time.
“Last year it was easy to pick a theme because of 1916. This year, we were just thinking about all the developments in the Ballymahon area and beyond, and the schools particularly were very creative and were coming up with ideas like ‘Ballymahon 10 years on’.
“So we said ‘well, why not go with Ballymahon 50 years on’?” said organiser of this year’s parade, Cllr Pat O’Toole.
The people of Ballymahon have rallied around the theme with enthusiasm and put together a parade to rival the success of last year’s 1916-themed event.
This year, each of the schools taking part will have a float, as will several of the local businesses, and there will be many a familiar face smiling from the procession as the town celebrates the Irish holiday together.
There will also be a few extra surprises, according to Cllr O’Toole, but not even the Longford Leader was privy to potential spoilers - the media will have to wait and see what is in store, just like everyone else.
“We think the parade this year will be very attractive for children, especially. We’ll have a surprise float that we don’t think anyone else in the midlands will have, but we’re keeping that under wraps until the parade,” said Cllr O’Toole, secretively.
What we can reveal though, is that there will be a lively atmosphere and plenty of music, with the Athlone Town Band and the Manorcunningham Pipe Band from Donegal coming to Ballymahon to march in the parade.
Founded in 1935, the award-winning Manorcunningham Pipe Band has marched in many of Ballymahon’s parades over the years, travelling all the way from Manorcunningham in Donegal to wow the crowds with their talent.
A bit closer to home, the Athlone Town Pipe Band has been another regular fixture in Ballymahon’s parades over the years, often opening the parade, and leading the various floats and participants from one end of the town to the other.
And the committee of the Ballymahon St Patrick’s Day Parade is hoping that this year’s event will attract a large crowd from the local community and beyond.
“Weather permitting, we think it will be a big crowd this year. But that always depends on the weather.
“We had a great parade last year for 1916. We had a couple of thousand people turn up and we would hope to emulate that this year. We had 40 floats, marching bands and all the schools took part too,” said Cllr O’Toole.
This year’s parade will start at 4pm sharp on Friday March 17 from the Creevaghbeg road, but the organisers are asking people to arrive earlier and be there at least 15 minutes beforehand to avoid disruption.
As always on St Patrick’s Day, those attending the parade are welcome to dress up to celebrate the event and add to the atmosphere that is sure to be buzzing with excitement on Friday 17 next, thanks to the local community and businesses in the area.
“We’d like to thank our main sponsors, Kepak, and all the local businesses who have been so supportive.It costs six or seven grand to run this parade every year and without that support, we wouldn’t be able to do it,” Cllr O’Toole concluded.
The Ballymahon 2067 parade will start at 4pm sharp on Friday March 17.