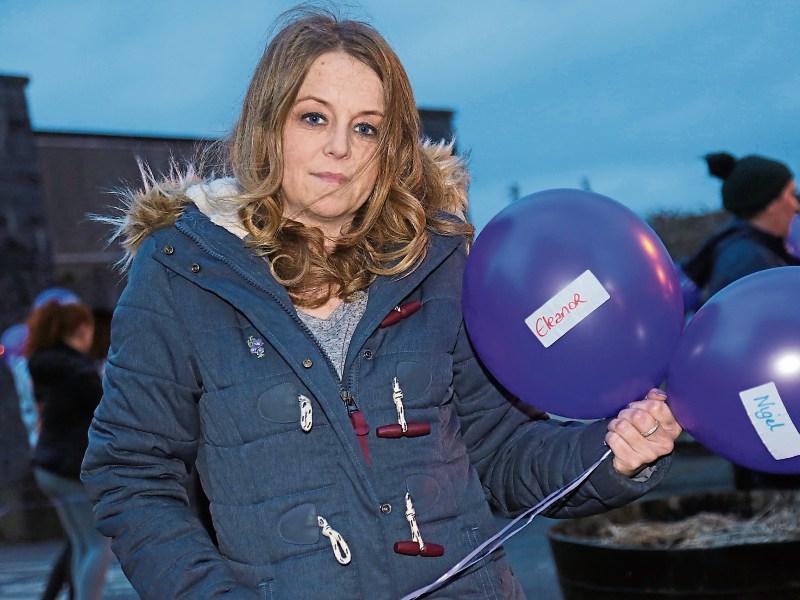 It was an emotional event as 65 purple balloons were released to remember the number of people who have died from CF in Ireland.

The march began at the Barracks and those involved made their way to the town’s Market Square where the balloons were eventually released.

CF campaigners across the country are currently waiting with bated breath for word from the Government as to whether or not it will fund the new life saving drug Orkambi.

However, people like Jillian remain hopeful that a positive outcome will result.

“There was an amazing turnout on Friday,” a delighted Jillian McNulty told the Leader.

“There were over 300 people there and the support has just been brilliant.”

Students, business people, mothers, fathers and children took to the streets of Longford town in a show of support for CF awareness and the importance of State funding for Orkambi.

“When we released the 65 balloons it was very emotional,” continued Jillian.

“There were people there who had lost children to CF, so was very meaningful to everyone.

“It made me realise how lucky I am and I want people to know that I haven’t forgotten about them or their plight.”

The Longford CF campaigner went on to say that there was still no confirmation on the funding of Orkambi but word was expected in the next week or two.

“I am so thankful to everyone for their support,” she added.

“It means so much to me and to the other people who suffer with CF.”