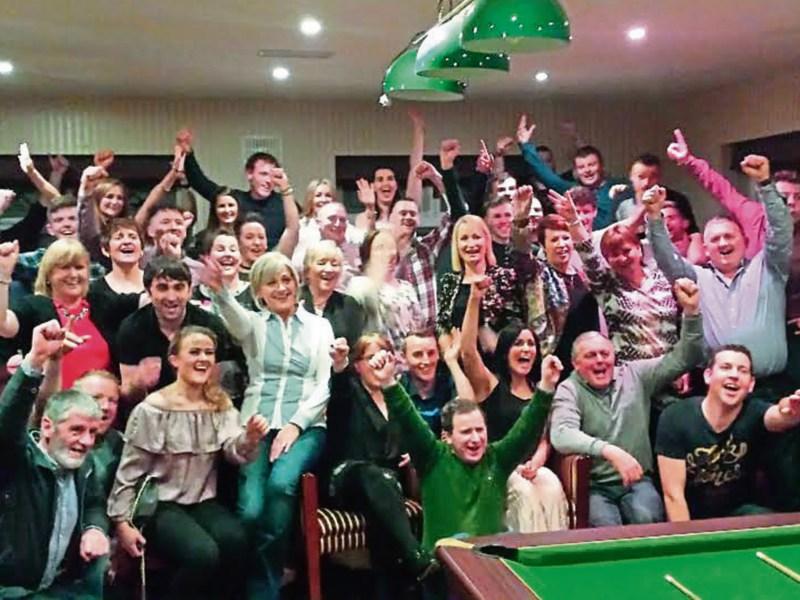 The launch of the much anticipated Lip Sync Battle with two local GAA clubs took place recently to much ado.

St Columba’s Mullinalaghta GAA club is teaming up with near neighbours Ballymachugh GAA and LipSync Battles Ireland to present Lip Sync Battles in the Hotel Kilmore, Cavan on Easter Sunday night, April 16 next.

The event is the largest fundraising effort ever under taken by the small, ambitious north Longford Club that is also County Senior Champions.

The Lip Sync event will see  80 participants from north Longford and Cavan battle it out on the night for the Lip sync Battles title.

St Columba’s chairman John Keegan told the Leader on Monday that this was the most ambitious fundraiser ever undertaken by the north Longford side.

“It will help us make the final developments to our club grounds  'The Laurels' and will include the construction of a stand and score board,” he added.

Mr Keegan subsequently went on to express his thanks to the side’s neighbouring Longford clubs for their support and participation.

“We would ask any business or groups interested in supporting the fundraiser or helping the St Columba’s Club bring this project in 'The Laurels' to fruition, to contact a member of the club executive as soon as possible,” the Chairman continued.

“As one of the smallest clubs in Longford all support will be very much appreciated.”

Meanwhile, the main sponsors of the Lip Sync event include Buddy Kiernan's Pub, Ballymachugh and Ganley's Hardware in Athlone.

Tickets cost €20 each and are on sale from participants and committee members.

Club members will also go out into the communities to sell tickets and a booklet will be made available on the night to mark the occasion.

“There may be many businesses that would be interested in sponsoring a page in this booklet  to support the club and community,” Mr Keegan concluded.