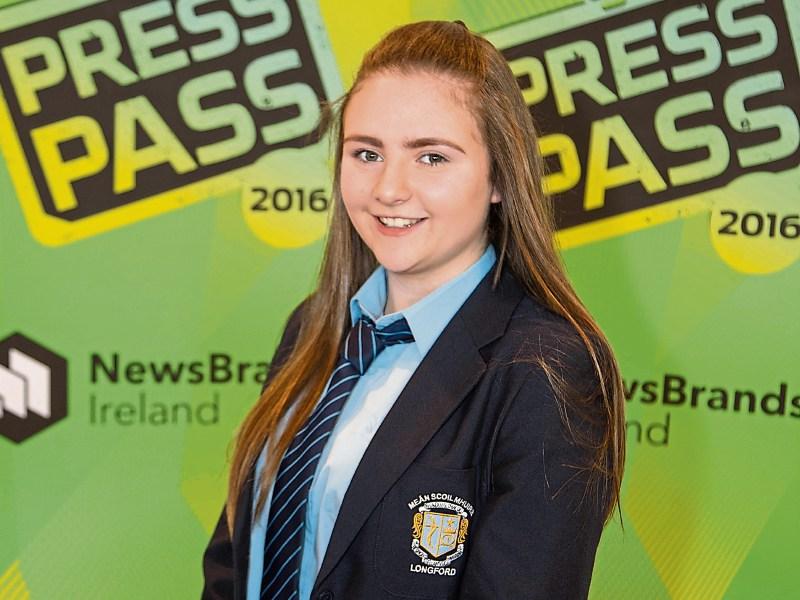 Emma McGoey was one of eight thousand Transition Year students to have participated in NewsBrands Ireland’s Press Pass programme, which develops literacy and critical thinking skills and leads  students to analyse the society in which they live.

Emma was awarded first  prize for her piece, ‘Andy Moran, Hero to Some, Legend to All’.

Speaking about the article, the judging panel said: “So much of Mayo’s recent football  history is of what might have been; tantalisingly close but never managing to bridge the gap to All-Ireland glory that now stretches back to 1951. Andy Moran is one of those who knows the heartache of near misses and narrow defeats more than most – but this time he’s with a winner.

“Because this interview with the former Mayo captain is both captivating and insightful, covering a lot of ground – from his upbringing to his career; from the tough choices along the way, his own future and the future for his sport, to the changes he’d like to see in the game he has served so well.”

The winners were selected by a panel of newspaper editors and journalists, chaired by Professor John Horgan, the former Press Ombudsman.