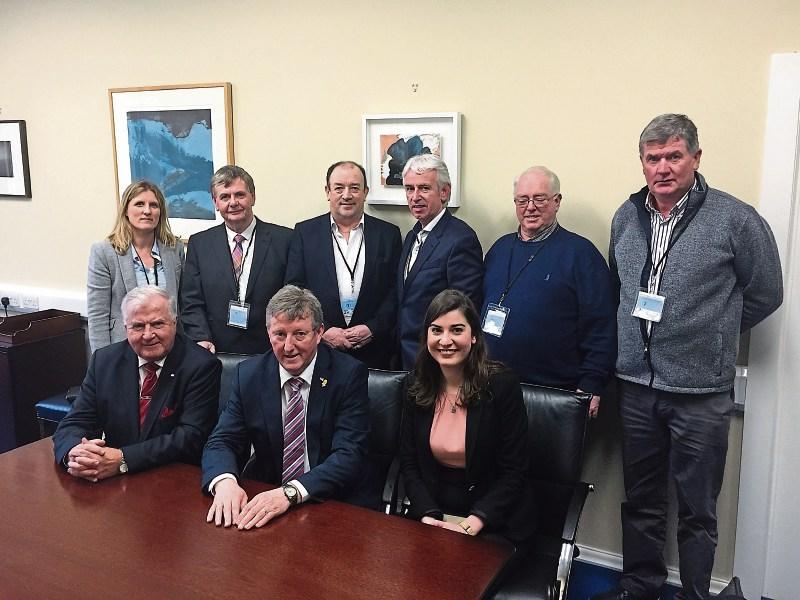 A delegation from Tarmonbarry met with Minister Sean Canney and officials from the Office of Public Works in Leinster House recently to lobby him for the reopening of the closed down Garda Station and for it to be used as a resource centre for the community.

At the meeting, former County Councillor Tom Crosby, informed Minister Canney that the Garda station was closed down in 2012 and since then, Tarmonbarry Development Association were in constant contact with the OPW in order to secure the premises for much-needed community facilities.

Mr Crosby stated that Tarmonbarry is one of the fastest growing villages in Roscommon with the population rising to 1,000, along with the development of seven new housing estates.

He said obtaining the Garda Station would be very beneficial as it could accommodate facilities for all age groups including community training programmes for young and older people which are facilitated by the VEC, active age groups, Macra na Feirme, drama, Foróige, scouts, Men's Shed facilities and Tidy Towns activities etc.

Senator Maura Hopkins said she would like to see the building leased to the community as a resource centre and that she would continue to work with the Development Association to ensure this was achieved.

Senator Terry Leydon said while he was aware it was OPW policy to sell many of closed down Garda Stations by public auction, that there was a very strong case to be made to lease the station in Tarmonbarry to the Development Assocation rather than selling it.

Minister Canney outlined that the policy of OPW is to, firstly, identify if other state bodies, including government departments and the wider public sector, has a use for the property.

If no state requirement is identified, or if a decision is taken not to dispose of a particular property the OPW would consider community involvement subject to the receipt of an appropriate business case which would indicate that the community group has the means to insure, maintain and manage the property.

He pointed out that there is a review underway in regard to the reopening of some closed Garda Stations around the country and that he would have to wait until that review was concluded before he was in a position to consider the building for community use.