Putting Edgeworthstown at the centre of the universe 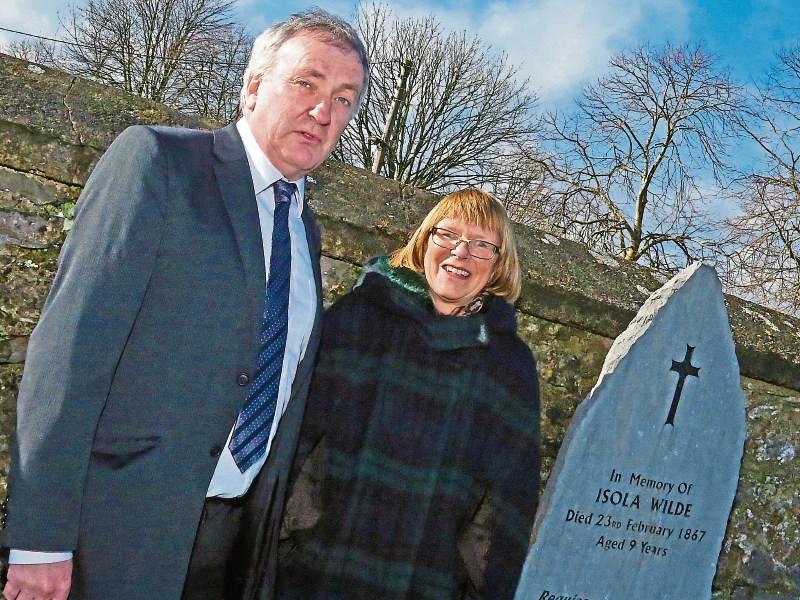 Last week, Edgeworthstown’s Matt Farrell received a Heritage Hero award from the Department of Arts, Heritage and the Gaeltacht.

It was a huge honour for the Longford man who has been working tirelessly for the last 30 years to put the mid Longford town, as he would say himself, “at the centre of the universe”.

Mr Farrell was chosen from 85 candidates nationwide as the recipient of Ireland’s Heritage Hero 2017 and is the second person to become recognised since the inception of the national title back in 2016.

“I have a great sense of place,” Mr Farrell told the Leader before pointing out that when he came back to work in Paul & Vincent in 1980 with his wife and two daughters in tow, his awareness for the potential of what he saw around him began to grow.

“Firstly I noticed that there wasn’t a huge amount of recreational facilities for girls in particular, in Edgeworthstown, so that got me involved in the ‘Fair Green’,” he added.

For Mr Farrell that was the start of what would become a 30 year adventure into unearthing the rich history of the area.

As time went on, ‘Fair Green’ became a noted achievement and these days, it has become a wonderful recreational facility that everyone in the parish can  enjoy.

The land on which Fair Green was developed was owned by the Edgeworth Estate - a relationship to Edgeworthstown that went back years and years.

“There was a huge amount of research involved in that project,” smiled Mr Farrell.

“The property is now owned by the parish and will remain that way for ever.”

The building next door to that - the Old Schoolhouse - was next on the Longford man’s agenda.

Almost immediately, Mr Farrell saw the potential it held most particularly with regards to its cultural and historic links.

It too was part of the Edgeworth Estate and eventually he located the person who held responsibility for the building, in London, and thanks to the persuasive measures of Mr Farrell and the other members of Edgeworthstown Development Association, the building was handed over to the parish.

This was a major coup because it was one of the oldest schoolhouses in Ireland!

“From there we set up the Edgeworth's Society and an opportunity presented itself to build on the rich literary history of the area,” he added.

“We have the Literary Trail up and running now.”

Works are currently being undertaken in conjunction with Failte Ireland to include Edgeworthstown in the Ireland Ancient East project and the Development Association will be presented with details of that in the coming weeks.

Organisers of the Literary Festival are also putting the finishing touches to proceedings which will kick off in May.

It is all of this, and indeed much more, that has put Matt Farrell’s beloved Edgeworthstown “At the centre of the universe”.

“We have a wonderful story to tell here; it has taken 30 years to get to where we are to day, but nobody twisted my arm - it was a passion for me and when I see all that is happening here now, it makes it all worthwhile,” he continued.

“So many intellectuals came to Edgeworthstown in the years gone by and sat around a table up at The Manor with the Edgeworths where they all discussed the many theories of the time.

“They opened up a whole new world to people not just in Ireland but all over Europe as well.

“And now, we are going to bring all this to the whole world.”