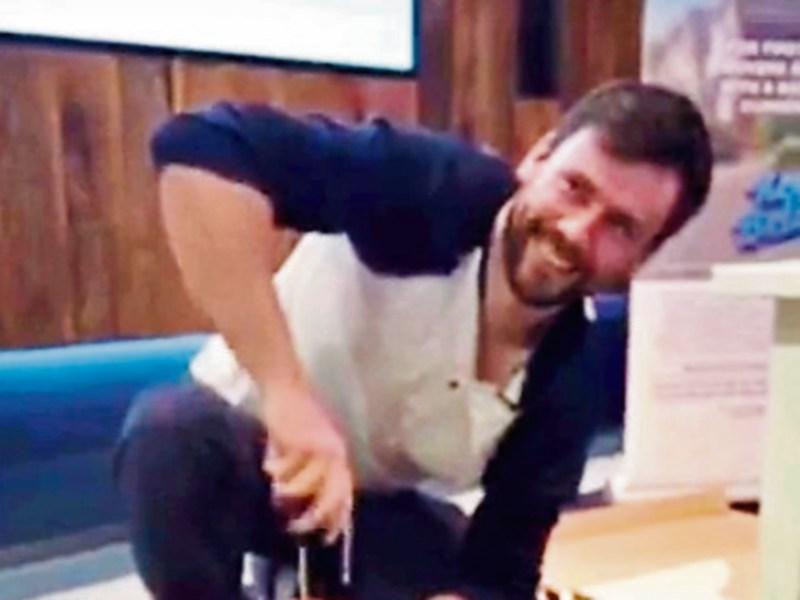 A Longford man is all set to kit his home out after winning €5,000 worth of Ikea vouchers in a Bank of Ireland and Ikea competition.

Kevin Quinn and his wife Brigid are currently building their dream home near Drumlish and are thrilled with the help that this prize will afford them.

“I’m delighted. It was a nice little boost,” said Kevin who saw a link to the competition on Facebook and entered via the social media site.

In his initial entry to the competition, Kevin said: “I deserve to win €5,000 from Ikea to kit out my dream home because I didn’t get my wife anything for Valentine’s Day and this will get me out of the dog house.”

From there, it snowballed, with Kevin being one of four finalists chosen live on FM104 to travel to the Grand Canal Dock branch of Bank of Ireland in Dublin.

The final itself took place on Thursday February 23 last and finalists were challenged to build a bedside locker from Ikea.

Kevin, who does carpentry and other handy DIY jobs was a dab hand at assembling the piece of furniture, taking the lead very early on and putting the bulk of the locker together while the other three finalists were translating the instruction manual.

While he was assembling the drawer for the locker 104FM presenter Marty Whelan joked: “Bit of a sigh coming from Kevin. He could be tiring. He could faint! You never know, it could all change.”

But it certainly did not change as Kevin ploughed ahead, putting all of his DIY skills to good use, determined not to stop until he was finished.

“That’s a lovely, lovely locker. He can put all sorts of lovely things in there, such as an apology note to his wife - ‘Sorry again. Sorry. Sorry’ - but let’s just realise that if Kevin does make it, Valentine’s Day next year is going to be very expensive,” said Marty.

“Longford don’t often get to the championship, but this is one championship that will be coming to an end soon as Kevin prepares to slot in a drawer,” he joked.

Sure enough, when a total of 14 minutes and “however many seconds” had passed, Kevin pushed in his drawer and was announced the winner of the competition.

“I don’t know what we’ll spend the voucher on first. The wife will pick out what we buy - light fittings or something maybe. She’ll have it spent anyway,” Kevin told the Longford Leader after his win.

Ikea has a wide range of home furniture and accessories and winning this competition will allow Kevin and his wife to kit out their house however they choose.