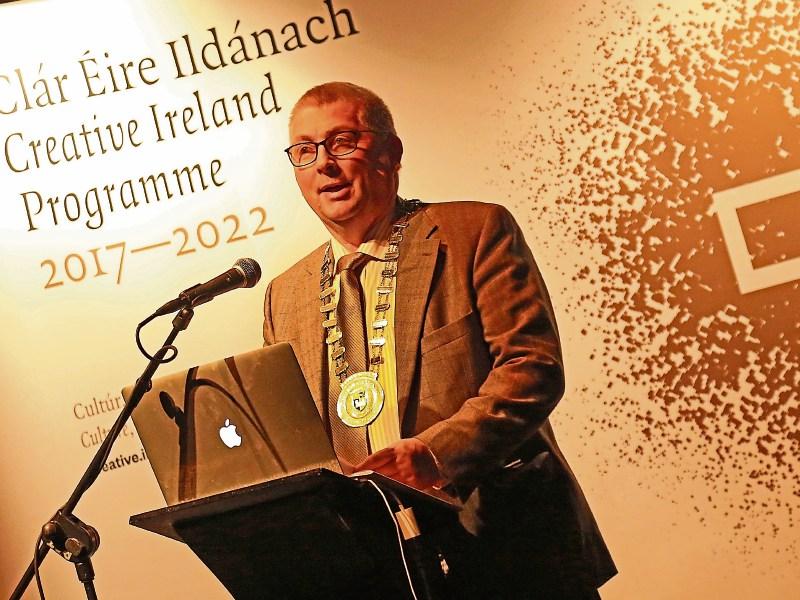 Community spirit and collaboration were at the core of a Creative Ireland meeting hosted by Longford County Council in the Backstage Theatre on Wednesday February 22 last.

The meeting was the first of many to be held across the country in the coming months, to develop a Culture and Creativity Plan, which will feed into the national Creative Ireland Plan.

Creative Ireland 2017-2022 is the Government’s five-year legacy programme for the 2016 Centenary celebrations and aims to place creativity at the centre of public policy.

“Over the next five years, we’re going to see a huge difference in terms of support and putting creativity at the centre of our lives,” said Longford County Librarian Mary Carlton Reynolds, who has been appointed the County Coordinator for the initiative in Longford.

“Longford County Council is leading this programme because we believe it’s really, really important, particularly for our small community.

“Something exciting is going to happen today. We’re making history,” she said to the large audience gathered on the night.

The project is led by Longford County Council who, according to Miss Carlton Reynolds, saw the importance of communities working together last year during the centenary programme.

In fact, Longford’s strong contribution to the national Centenary Programme was exactly the reason the Creative Ireland team decided to start off the planning process here.

“Back in 2015, people didn’t really know what the centenary was going to be like. There was a lot of concern, a lot of division, a lot of negativity and we needed people to step up and be positive and make it happen,” said Creative Ireland CEO John Cannon.

“And I think the leadership role by Longford County Council and in particular Mary Reynolds was an example to the whole county.

“To have over 85 events created by the county council - a hundred events in total - I think was a brilliant example of what a county like Longford can do and that’s why we said when we were going to start the legacy programme that we would start back here in Longford.”

Mr Concannon then gave a presentation about the Creative Ireland Initiative,  followed by an open discussion in which members of the public could voice their opinions and put forward ideas for the part Longford will play in this initiative.