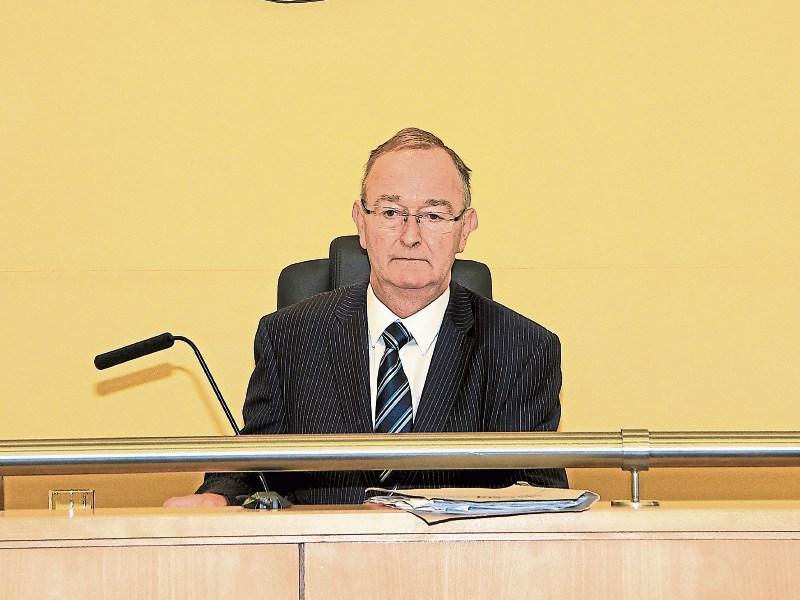 A man who failed on two occasions to comply with the directions of a garda following a verbal set-to involving a number of males last month has been branded a “pure blaggard” by Judge Seamus Hughes.

Stephen Mongan, with an address at 42 Palace Crescent, Longford pleaded guilty to the Section 8 Public Order charge after an incident at Richmond Street, Co Longford on February 12 2017.

Inspector Blathaín Moran said Garda Colm Satchwell has been called to assist a man who had fallen on the street outside local pub JP Reilly’s.

Upon arrival, she said a number of men were involved in what was described as a  verbal disagreement.

Garda Satchwell issued Mr Mongan with an order to leave the area, a direction he repeated moments later.

Inspector Moran said despite attempts by Mr Mongan’s friends to remove him from the area, the Longford man continued to remain in the vicinity and was arrested shortly before 1:30am.

Defence solicitor Brid Mimnagh said Mr Mongan was apologetic over what had occurred, evidence he said, which was borne out by early plea.

“The man who fell was a relative of his. He (Mr Mongan) stepped off the street and onto the footpath and he thought he could stay there.”

Ms Mimnagh said unfortunately for Mr Mongan, alcohol played a large part in his behaviour that night, stating it was very much a case of “drink in and wit out.”

Judge Hughes however, pulled no punches as he listened to the events of February 12 last, describing Mr Mongan as a “pure blaggard”.

Ms Mimnagh said her client was not trying to deceive the court in any fashion and was very much rueful of what occurred.

She added her client had previously spent a period of time in Australia but was now residing back home.

“He is married and he has a one child of four months,” she said.

“He is absolutely sorry and apologises to the Gardai and the court.”

On the Section 8 Public Order charge, Judge Hughes issued Mr Mongan with a €350 fine, giving him three months to pay.

“You were warned twice (to leave the area),” he said.

A second Section 4 Public Order charge for being intoxicated in a public place was struck out.