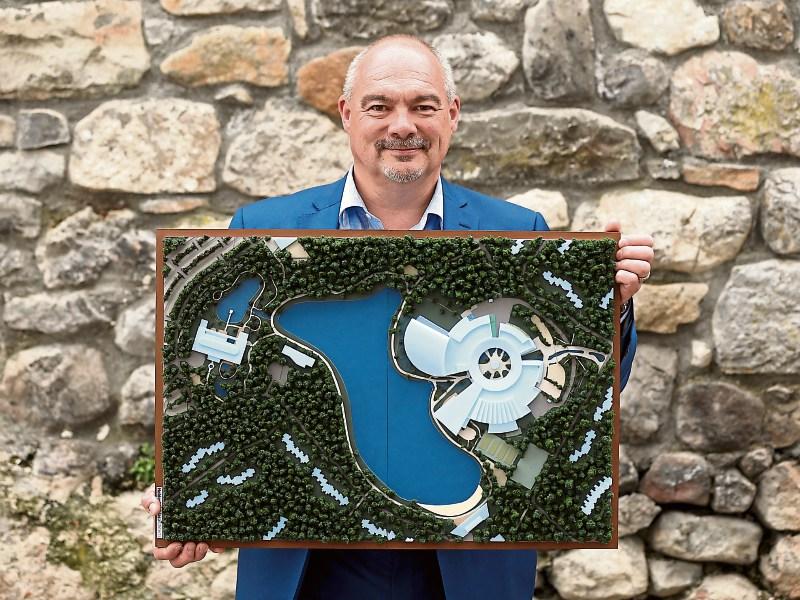 Local contractors interested in becoming a key player in the onset of Center Parcs' €233m holiday village are being invited to register their interest in the project.

It comes just days after Limerick based firm Roadbridge Civil Engineering & Building Contractors landed the first major building contract ahead of its planned opening in 2019.

The award winning construction giant will be tasked with carrying out all of the 395 acre site's infrastructural requirements, ranging from earthworks, road and path networks, utilities and the development of the resort's trademark lake.

In a  statement this week, Center Parcs chiefs joined their Roadbridge counterparts in lauding the contract agreement.

But it was the admission by senior officials  from the  latter in working closely with local subcontractors which has met the approval of local representatives.

“They have said they would do that and it is something which is very welcoming,” said County Council Cathaoirleach  Cllr Mick Cahill.

He also poured cold water on criticism from some quarters who immediately scoffed at why a company from Munster had been chosen to lead the infrastructural side of the project.

“The reality is Roadbridge are a huge company that have led major projects across the world,” said Cllr Cahill.

“What this is is a fantastic opportunity for local people to get involved and for people travelling a long distance to get work locally.”

First announced in April 2015, the aptly named Center Parcs Longford Forest Holiday Village, is expected to create around 750 jobs during its construction phase.

A further 1,000 permanent jobs are anticipated to come on stream when Center Parcs opens its doors in two and a half years time.

“This represents another significant milestone for Center Parcs in Ireland and I am really excited about commencing the construction phase of our project,” said CEO Martin Dalby.

Local contractors and any subcontractors who wish to be considered for the project should email Roadbridge at: centerparcs@roadbridge.ie