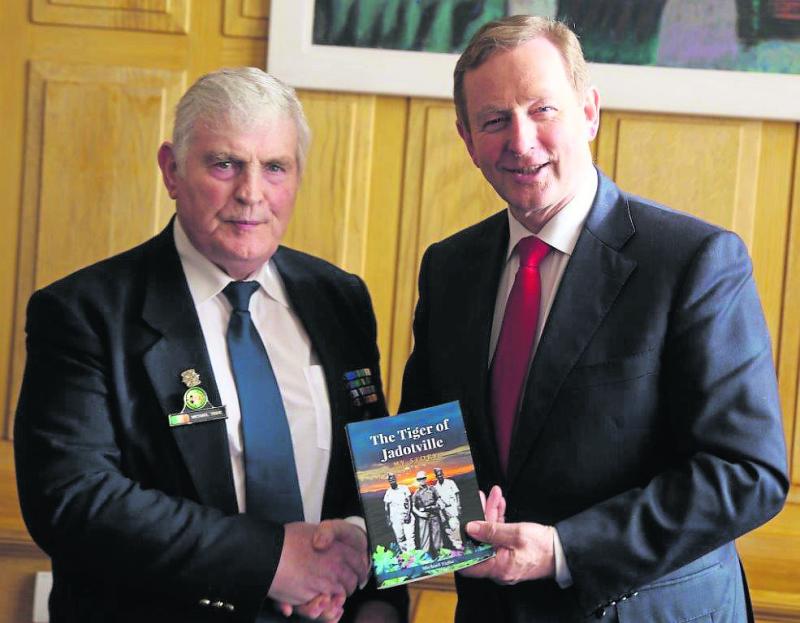 Longford Chamber of Commerce have confirmed that the Grand Marshal for this year’s St Patrick’s Day parade will be popular Longford town army veteran, Michael Tighe from Annaly Park.

He was one of twelve Longford men nvolved in an ambush in what became known as the Siege of Jadotville during the war in Congo.

They were among 154 Irish UN soldiers, who were attacked by a local Katangan force, led by French and English mercenaries.

Despite being outnumbered and outarmed they prevailed for five days until they ran out of food, water and ammunition.

Their Commanding Officer Pat Quinlan negotiated a ceasefire, and the men were taken as prisoners of war for a month.

On their release and subsequent return to Ireland, they were laughed at and treated as cowards.

The incident came to prominence again last year with the release of the acclaimed film ‘Siege of Jadotville’, while Michael also released his own book on the period, 'The Tiger of Jadotville'.

The book tells the story of Mr Tighe’s experience in the Siege of Jadotville as a soldier with A Company 35th Battalion.

He had been sent to the Congo for the second time in his career and it provides a heartfelt account of one man’s endeavours for justice.

Mr Tighe was first assigned to the Congo in 1960 with the 32nd Battalion and when he returned less than a year later the landscape had begun to change for the worse. Shortly after, the Longford man found himself at the centre of a bloody conflict when a great battle broke out that became known as the Siege of Jadotville.

Michael Tighe will be a hugely popular Grand Marshal at this year’s parade.