Longford Leader columnist: Why have the ordinary people of Ireland suddenly become so very meek? 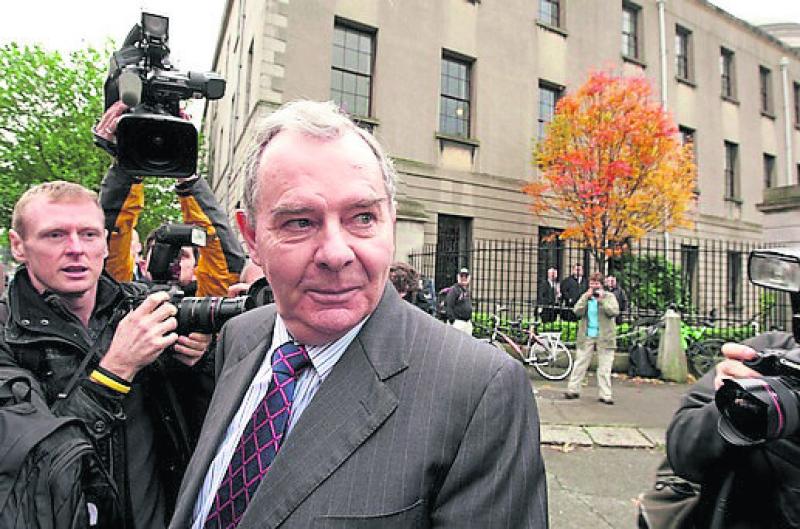 I was visited recently by a friend of mine, who spent some time in Dubai.

It is the largest city of the United Arab Emirates.

Dubai is regarded by anyone who has visited there, as a multicultural city, with wonderful roads, great housing, superb wages, and little taxes.

Dubai has attracted many nations to its shores, and Ireland has boasted as many emigrants to that city, as any other in the free world.

Like Ireland, Dubai also has inhabitants from Bangladesh, Nepal, Nigeria, Oman, some Polish, English, Japanese, Indians, and other nationalities.

Many of those are from parts where normally the arrival of immigrants present disturbance, social issues, and general bad mannered carousing. The 'normal' modern things that inevitably come with people from other countries.

In Dubai no such problems exist. Unheard of in fact.

Walking the streets at night is a relaxed pleasure, without any fear of anything happening outside the normal behaviour.

This is interesting, when you think about it.

Imagine a society where nothing untoward happens.

A society where it's safe to go out, where nobody will attempt to rob anything, where, in fact it is passé to engage in any criminal activity whatsoever.

Isn't it incredible how people can be so well behaved?

Okay, Dubai is like every city where humans inter-relate, having its seedy and rough spots, but out in the mainstream, society behaves.

Maybe it's because in Dubai and such regions, any wrongdoing is met with swift and immediate reprisal from the police.

No wasting of courts time with fining people.

In Dubai, if someone transgresses it could cost them a finger.

Amazingly, such immediate retribution has resulted in a safe environment.

Goes to show how nobody breaks the law, because quite simply, the law is enforced with force, and is unequivocal about its intentions.

Everyone can have their own religion there, but nothing is done that would lead anyone to believe for one moment that other faiths are encouraged.

The Mosque is used daily, with fervent followers of the Muslim faith.

Nobody comes out in public to blather about the need for tolerance of other nations habits or customs. It wouldn't be tolerated.

Each night the noise of people praying can be heard, but nobody complains.

Still people flock there to work, because it's a profitable exercise.

Of course bad things are done there too.

The BBC has reported that "local newspapers often carry stories of construction workers allegedly not being paid for months on end. They are not allowed to move jobs and if they leave the country to go home they will almost certainly lose the money they say they are owed."

Additionally, some of the workers have allegedly been forced to give up their passports upon entering Dubai, making it difficult to return home. In September 2005, the Minister of Labour ordered one company to pay unpaid salaries within 24 hours after workers protested, and published the name of the offending company.

In this it shares it's terrible reputation for abuse of immigrants and others seeking to move with saddening brutality.

Just the very same as Ireland, one could say.

And nobody could condone the way low paid workers are treated so awfully.

But the peaceful way everyone lives in Dubai is fair and powerful comment, in itself, about how much Ireland has been changed, and altered in more recent times.

The time was nobody complained about the Angelus on RTÉ, the national broadcaster.

Nowadays they seek to dress it up with soft images that couldn't possibly offend any being.

I often wonder where will it all end?

Why have the ordinary people, who are in the vast majority of inhabitants of this island, after all, suddenly become so very meek that they'll accept almost anything.

As long as it doesn't offend anyone...

I was in the Slieve Russell Hotel over the weekend, and walked around the place thinking of the vision of Sean Quinn, who dreamed it all up in the first place.

A massive building, from scratch in Cavan just on the outskirts of Ballyconnell.

Who'd have thought it.

Certainly not the operators in Nama, who are good at selling a bargain to the highest bidder, irrespective of where they come from, or what they will do about it, once secured.

Although the venue has been allowed some slight slippage in terms of its outstanding decor and some slightly faded elegance here and there, it's still a monumental testament to Sean Quinn, and is a good reminder how certain lobbyists did for him.

Many people I spoke to were very reticent about talking, but most opened up when I asked could it have been the insurance industry that really did the most severe damage?

The informed ones seemed to share my view, that this was the real key.

I've long believed as insurance goes up, and up, every year that it wouldn't happen if Sean Quinn had his way, and still owned the company.

The orchestrated circling of the wagons of the state, were interesting to watch as it all unfolded. Several agents of the state were employed - I'm sure unknowingly - to do great damage to the Quinn family.

Despite that, nobody around Ballyconnell has given up hope that Mr Quinn might one day be reinstated to his dream building.

It's a unique place, Ballyconnell, where little is said unless the local is satisfied with the bona fides of the enquirer. Some would say a secretive place, in ways, but I would rather see it as preserving a very old Irish tradition; that of saying nothing at all to the stranger.

Nobody in Ballyconnell will talk much, not seriously, about the unfortunate outbreak of a vomiting bug in the high season recently, for example. When told that I've never believed that was "accidental" some smile knowingly, while others just shrug as though to imply they couldn't be bothered.

In Ballyconnell, everyone is bothered.

And rightly so. Ireland is busy giving money hand and over fist to anyone from abroad who opens an employment opportunity. But if one of our own tries to launch something, and makes some mistakes they jump on them like there's no tomorrow.

Anyway, I thought the food in the Slieve Russell was impeccable, amazing, and that the service was mostly top class.

Strange how it's still surviving in spite of the leverage exerted on its operation awhile ago.

Maybe Sean Quinn will be reinstated sooner than people think.