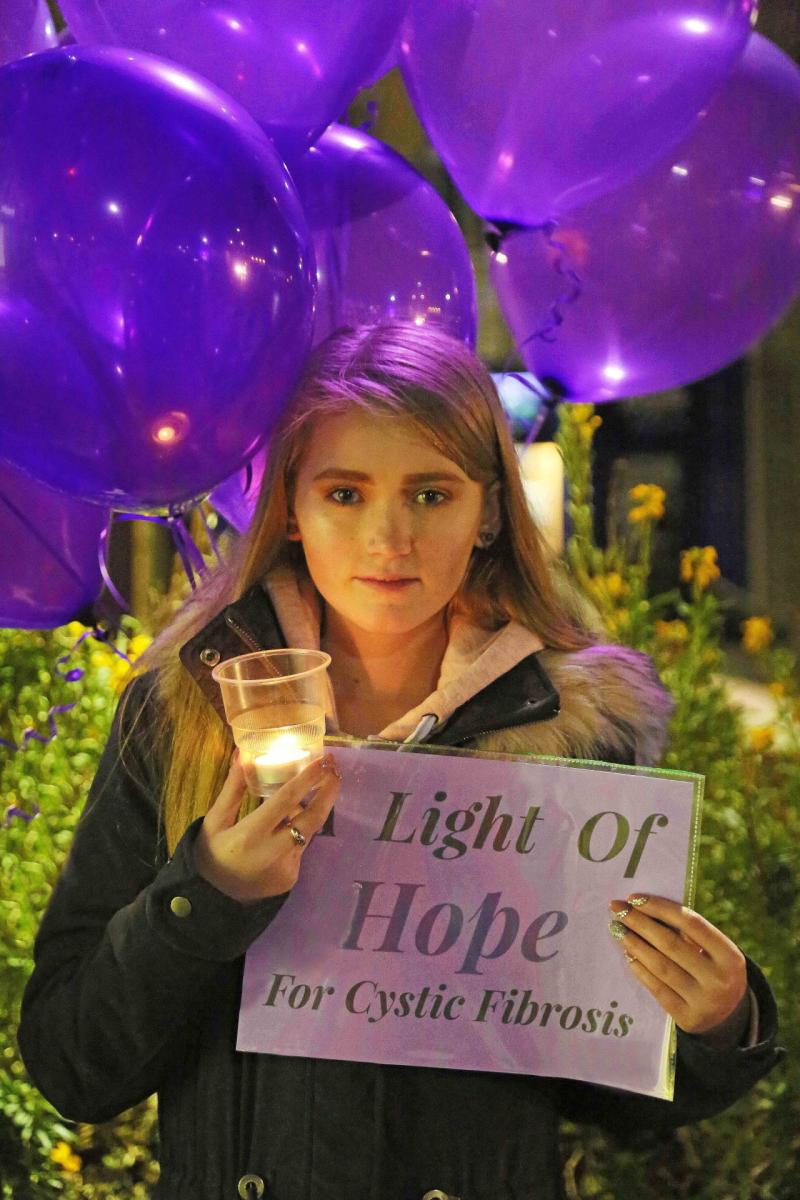 Longford native Hazel Robinson and her daughter Gypsy Ann (14) were to the fore of last Friday’s Light of Hope Vigil for Cystic Fibrosis (CF) which took place across the country.

The vigil is part of the #yesorkambi campaign. Orkambi is a life changing drug for CF patients that is still not available in Ireland, despite months of discussions between the Department of Health and the drug’s manufacturer.

The Minister for Health, Simon Harris TD has been locked in talks with the drug’s manufacturer, Vertex, for the past few months in an effort to determine a fair price for the medicine.

Meanwhile, CF patients across the country remain in limbo, as does Gypsy Ann, while the Government continues to negotiate with Vertex.

Last week’s vigils were held in an effort to highlight to the powers that be, the importance of CF patients getting access to the life saving Orkambi medication.

Hazel Robinson was outside Minister Harris’ constituency office in Bray last Friday while Gypsy Ann manned the fort back in Longford town.

Over 30 people came out in support of the cause in Longford while nearly 200 gathered in Bray to get the Minister’s attention.

“It went very well,” a delighted Hazel told the Leader.

"We spoke publicly about the issue and spoke with local councillors on the day as well.”

As a result of the nationwide vigil, local area representatives in Wicklow are set to put forward a notice of motion at their next municipal district meetings, calling on Minister Harris to make Orkambi available to CF patients in Ireland.

This, says Hazel could become a major breakthrough in the Orkambi campaign.

“Councillors want to put pressure on the Minister to get Orkambi on the market so that CF patients can access it,” the Drumlish woman whose daughter Gypsy Ann suffers with CF, said.

“The week before last, I was at a vigil down in Sligo and we met the Taoiseach there; I put it to him that Orkambi was a necessary drug that needed to be made available to CF patients and he said that the Government had a responsibility to get a fair price for the drug,” she added.

“I then asked him, how much my child’s life was worth?”

Meanwhile, a resolution in the saga is expected to be reached by the end of February.

“If it’s yes to Orkambi then we will be over the moon,” said Hazel.

“If it’s no then we will keep going with our campaign.

“Gypsy and I are so very grateful to everyone who has helped and supported this campaign in any way.”