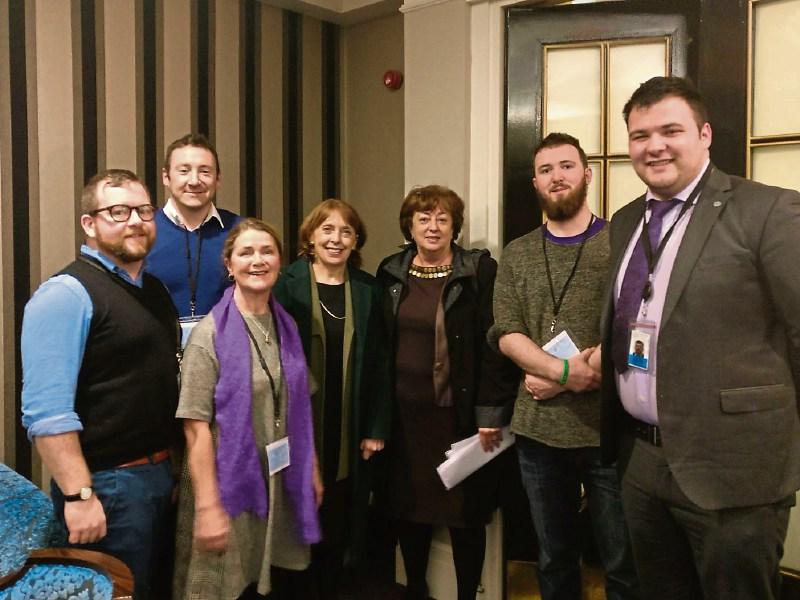 Members of the Longford/Westmeath branch of the Social Democrats were brought on a tour of the Houses of the Oireachtas on Wednesday February 8 by party co-leader Róisin Shortall. The Dublin North West TD brought the Midlands group on a tour of both the Dáil and the Seanad.

The Longford/Westmeath group watched the Dáil debate of the Media Ownership Bill, introduced to the Dáil by the party co-Leader Catherine Murphy.

The Bill sought to rebalance the media landscape in Ireland to improve media plurality and minimise the potential for over-concentration of media ownership with any one individual or company.

BothRóisín Shorthall TD and Catherin Murphy TD  met with the branch members after the debate to listen to their concerns around business rates, hospital waiting times and the erosion of public services in the Midlands.

The branch members were impressed by the leadership’s willingness to engage with rank and file members and that their concerns for the future of Longford and Westmeath were shared by the leaders.

The next meeting of the branch will take place on Wednesday March 1 in the Longford Arms in Longford town and all those interested are invited to attend.