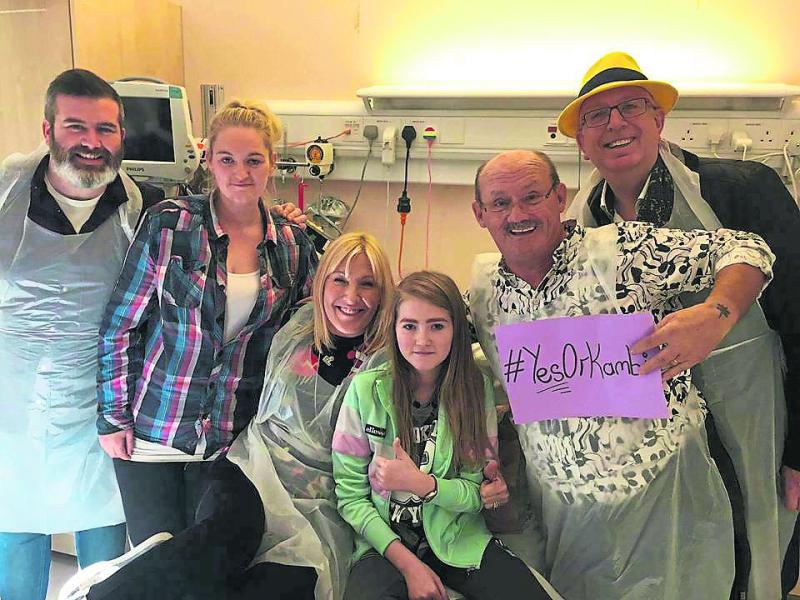 Hazel and Gypsy Robinson with Brendan O'Carroll and some cast members of Mrs Brown's Boys promoting the #YesOrkambi campaign.

Parents of children who suffer from Cystic Fibrosis are to hold a candlelight vigil in the Market Square, Longford, tonight (Friday, February 17) at 8pm.

The event is part of a national campaign urging the HSE and the Minister for Health to make the drug Orkambi available to those who have the disease.

One of the organisers of the candlelight vigil is Drumlish woman Hazel Robinson 14-year-old daughter, Gypsy, suffers from the illness.

Manufactured by Vertex Pharmaceuticals, Orkambi is a breakthrough drug that could change the lives of hundreds of CF sufferers in Ireland.

It’s the first drug to treat the underlying cause of the most common form of CF – Double Delta F508.

Months of negotiations last year failed to produce an agreement to supply the drug to around 550 Irish patients.

While Vertex initially sought €159,000 per patient per year, it says it substantially reduced its asking price during the talks.