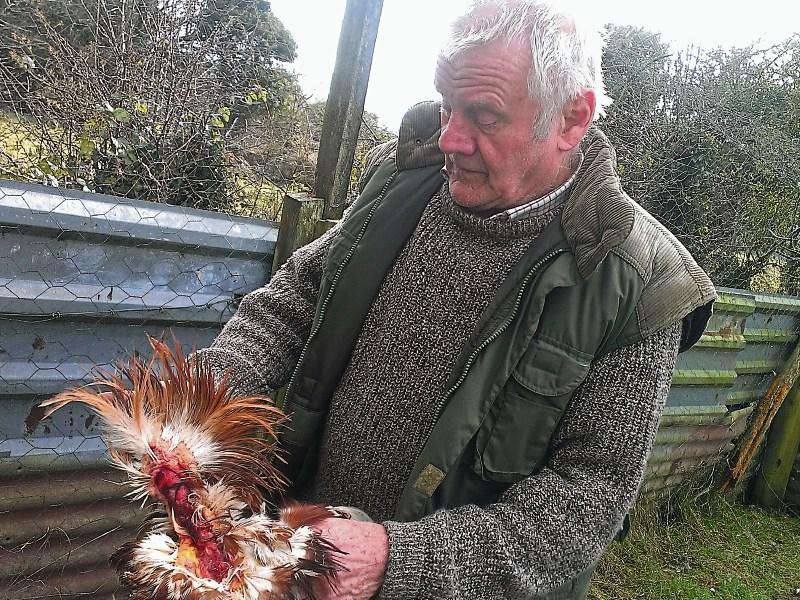 An Edgeworthstown man has this week spoken of his devastation and upset after two of his hens and six little English grey partridges were killed by pine martens.

Seventy-four-year-old retired gamekeeper Jeff Taylor explained that a pine marten chewed through the fence of the hatch at the back of his home where he reared the hens and partridges.

He was particularly upset by death of his ‘rare English grey partridges’ which he described as his ‘pet conservation project’.

However, he vehemently contended, “these people don’t know what they are talking about. The pine martens just eat the neck and then go. It is disgusting.”

Mr Taylor said he was in absolutely no doubt that his birds were attacked by pine martens.

“I was almost in tears when I woke up and came out and saw my partridges had been killed. It is so horrible and pointless. They were my pet project and they were literally frightened to death,” outlined Jeff.

He said the English partridge makes a beautiful sound in the Springtime as darkness falls , similar to a Corncrake, but alas he won’t hear that sound over the coming weeks. “I was very upset, to be honest you. It takes a lot to upset me now with the things I’ve seen in my life.”

Jeff claimed pine martens were ‘absolutely out of control’ and he called on Parks and Wildlife to order a cull.

He added, “I don’t mean exterminate them. You can’t annihilate a species but we have to be allowed to control them to get them to an acceptable level. Pine martens are changing the face of the countryside. And the sickening thing is, is that the pine marten is such a beautiful animal.”

“Conservation comes more into it than shooting and if it wasn’t for shooting, there would be no conservation and you can quote me on that.”

Although devastated by last week’s incident, Jeff said he probably will restock his pen.