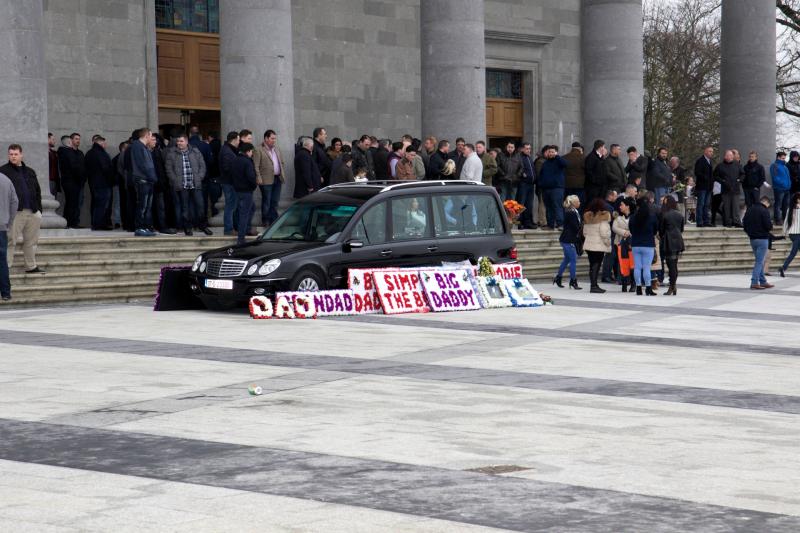 There was a heavy garda presence in Longford today as hundreds of mourners gathered for the funeral of John 'Dodie' Stokes.

Several units, including members from the armed Regional Support Unit (RSU), were on hand to ensure proceedings passed off peacefully at St Mel's Cathedral. 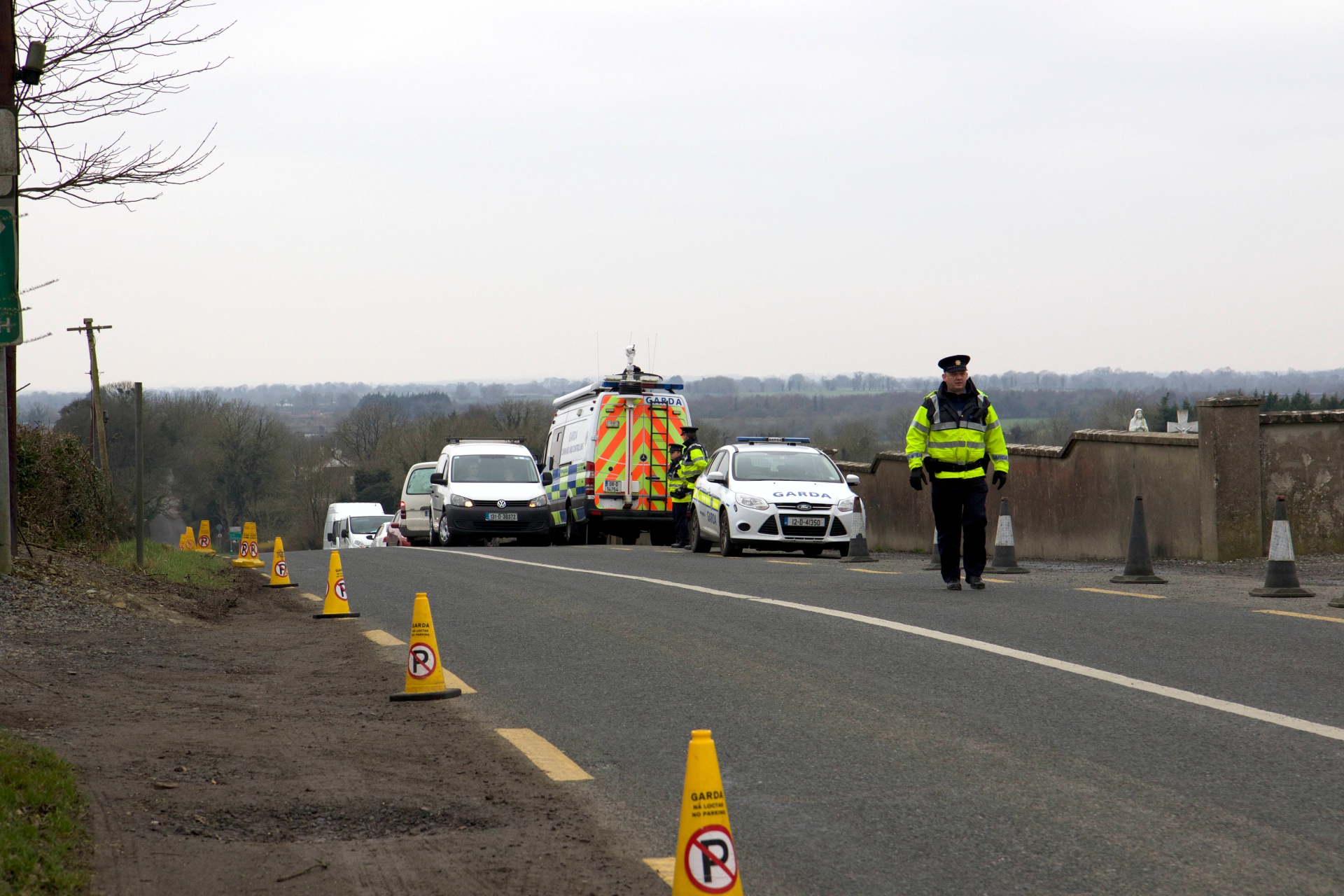 It was a similar scenario last night when prayers were held at Glennon's Funeral Home in Longford town.

From midday uniformed gardai kept a watching brief from the outer confines of the Cathedral as worshippers arrived to pay their respects to the late Mr Stokes.

Inside, an array of floral tributes could be seen dotted across the steps to the altar carrying messages such as 'Big Daddy' and 'Simply the Best'.

Members of the congregation were also told of Mr Stokes' love and devotion to his family with a close family friend describing him as a 'man of peace'.

As mass goers made their way from the Cathedral to the nearby Ballymacormack Cemetery, so too did large numbers of gardai including members from the Public Order and Dog Units respectively.

Originally from Edgeworthstown, Mr Stokes who was in his early 60s, passed away in recent days in the UK. 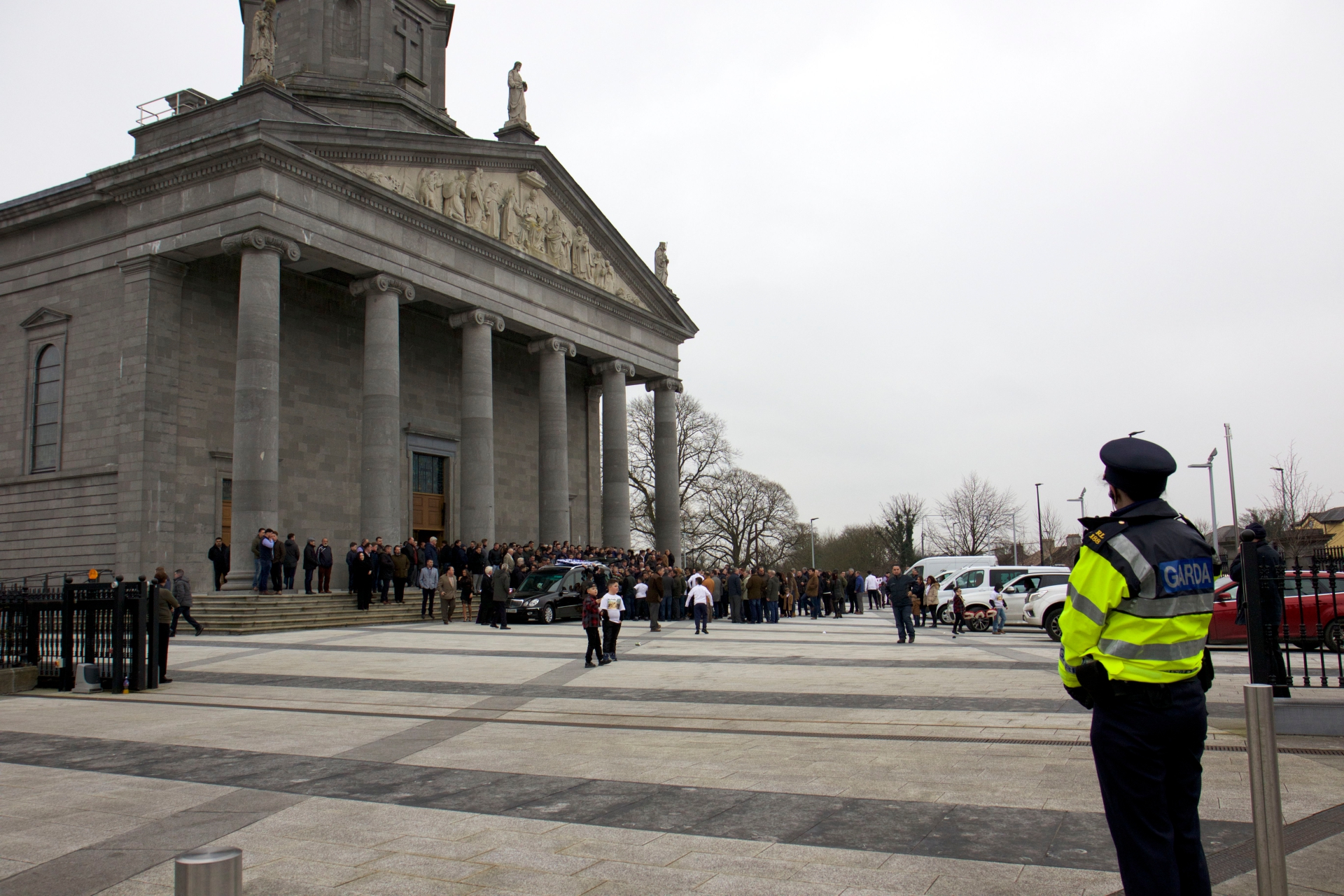