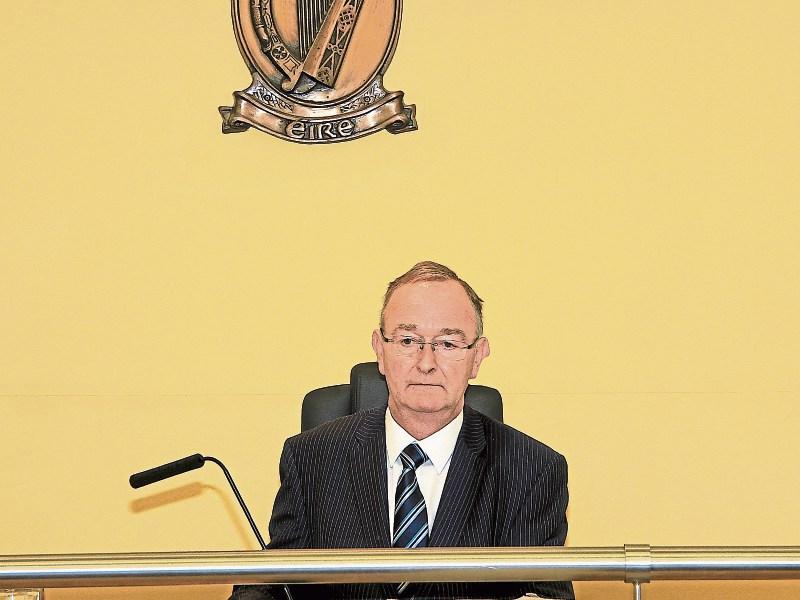 During a recent district court sitting in Longford Judge Seamus Hughes read out a letter in the public domain which he received from Longford Tidy Towns.

The letter written by the chairman of the organisation, John Farrell, thanked the local district court judge for an allocation of €4,000 to Longford Tidy Towns which was administered from the court’s poor box back in December.

“I got a very nice letter from Longford Tidy Towns,” said Judge Hughes before pointing out that over €125,000 had been donated to various charities across his district area in recent years from the poor box.

“The main amount of money was collected in Mullingar but we try to distribute it fairly.”

Meanwhile, the Judge pointed to the letter from Longford Tidy Towns in which Mr Farrell acknowledged receipt of the money and pointed to the many ways that it would be used to enhance and tidy Longford town.

“I do this,” said Judge Hughes, “In the background of draft legislation pending in the Dáil for the last two years [which will put an end to poor box donations in courts].

“If that legislation is passed, organisations like Tidy Towns will lose out.”

Mr Farrell said in his letter to Judge Hughes that is was his intention to introduce new initiatives with the money from the Court poor box .

These initiatives, he added, would raise awareness around the litter issue; highlight the importance of volunteering in every community throughout the county and make Co Longford a better place in which to live, work and visit.

“€4,000 is an enormous amount of money and Longford Tidy Towns will ringfence this and use it to tackle various projects which would not have been otherwise considered,” said Mr Farrell.

“This donation is a huge vote of confidence in Longford Tidy Towns and I can assure you that not one cent of this money will be wasted.”

Before concluding matters, Judge Hughes thanked the local tidy towns chairman for his courteous letter and wished the organisation the best of luck with its future endeavours.

“I am glad,” the Judge added, “that the court poor box has been singled out and I genuinely hope that the legislation in respect of this does not go through”.

He continued, “I hope that the elected representatives in Longford, noting the lack of representation in Dáil Eireann for Longford, will ensure, that legislation is not passed”.