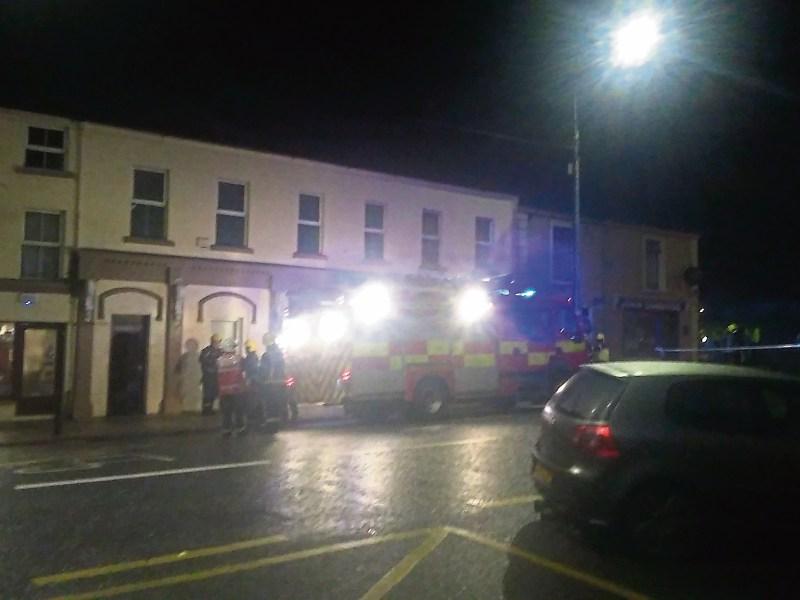 The owner of a long established north Longford pub which was damaged by a fire on Monday night has vowed to re-open as early as this weekend, writes Liam Cosgrove.

Emergency services have come in for wholesome praise in the immediate aftermath of a fire which broke out  at John V Donohoe's Pub in Granard on Monday evening just before 8pm.

Gardai have confirmed smoke and fire damage was caused to a lounge and adjoining building which was vacant at the time together with two An Post vans.

The scene itself, which was cordoned off on Monday evening,  was still being technically examined by forensic experts at the time of going to press yesterday (Tuesday).

As gardai await theoutcome of that report, attention has been drawn to what may have caused the fire.

It's understood much of that focus is already cented on the rear of the premises, where investigators believe the fire may have started.

In the meantime, its proprietor Sean Donohoe said he hoped the bar, which has been in operation since 1928, would re-open by the weekend.

“There is mostly smoke damage in the bar but all being well we will be open again at the weekend,” said Mr Donohoe.

“It's bad enough, but I suppose it could have been  a lot worse.”

The publican said he hoped to learn more about the full extent of the damage caused by Monday's fire over the coming days.

“We could have done without it for sure but you have to soldier on,” added Mr Donohoe.

“With the help of God we will be open by the weekend.”