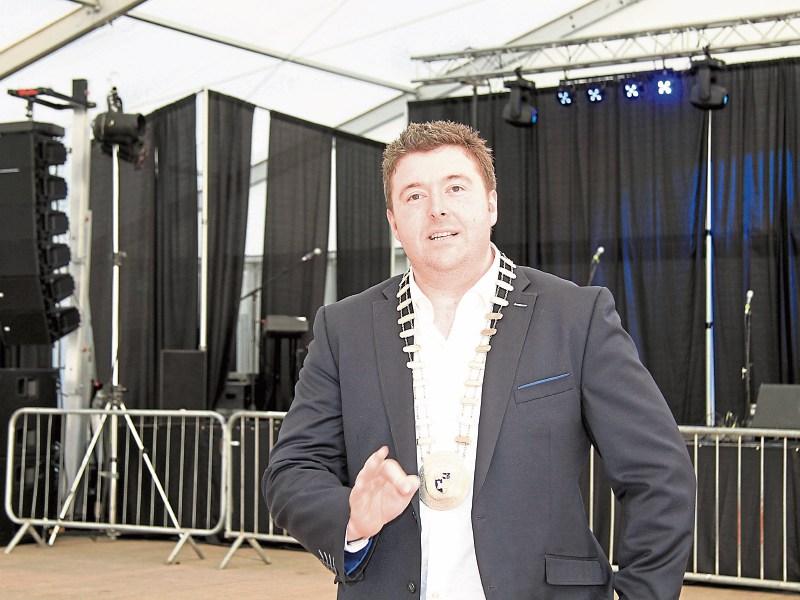 A Longford councillor believes local authorities need to do a lot better in how they respond to the needs of the general public.

Cllr Gerry Warnock lashed out at what he termed a “broken system” after learning a notice of motion tabled back in November  was still no nearer to being resolved.

The Independent representative was referring to his attempts for the council to step in and address parking concerns residents in the Springlawn area were encountering.

“I can't seem to get an answer for better or worse and it's a shame especially for the elderly lady who came to me who is having difficulty getting outside her door,” he said.

“I am the last person who wants to bring this sort of thing up at a public meeting but we are making representations on behalf of people and to get no response is an absolute shame.”

Cllr Warnock, who is  also a member ofthe Council's Corporate Policy Group (CPG) pledged to raise the topic at its next meeting.

Such was his obvious frustration in relation to the issue, Cllr Warnock said in recent weeks he has even found himself “making excuses” to constituents.

“Unfortunately it's indicative of a broken system but I certainly know we are a hell of a lot better than that,” he added.

Area engineer Eamon Bennett said the reason he hadn't been given any response was because he, himself, had been waiting for a decision to be made on the issue.

Cllr Warnock was not for budging however and insisted councillors in his position needed to be kept fully briefed on such topics.

“I need to be communicated with in a reasonable timeframe so that I can tell my constituents to keep them informed,” he said.

“There has to be some sort of finality in how we do business.

“There is a huge demand on local government at the minute and we have to make sure that as an elected organisation we are up to the job.”

Head of Finance John McKeon did his best to pacify an indignant looking Cllr Warnock and noted the dilemma was one which did not solely revolve around a solitary issue.

He also revealed the Council were cognisant of the concerns raised by Cllr Warnock with steps already being taken to redress those.

“This is a bigger issue than just one item,” he said.

“It's all about communication between the executive and members.

“There have been some steps taken with answers to notices of motions going out before meetings and we are looking at rolling those out.

Mr McKeon said last Wednesday 's meeting marked the first occasion upon which such a tactic was employed at Longford Municipal District level.

The Council official followed that up by insisting he and his colleagues were very much committed to “streamlining” communications at CPG level.

Cllr Peggy Nolan applauded the stance taken by Mr McKeon and asked the executive official to further her own attempts to bring CCTV cameras to the Oakvale housing estate.

“This is actually going into its third year now so you can imagine my frustration with the  way I have to tell people that it still hasn't been done,” she remarked.

Mr McKeon, who was chairing his first meeting as the Council's most senior  executive member, delivered positive news in that respect as he revealed a memorandum of understanding had just been signed to progress the matter.

“It's fantastic to hear that John,” replied a beaming Cllr Nolan.

“It will give the people down there great peace of mind in that they now know that it will finally happen.”