Reilly takes over the helm of Granard Municipal District 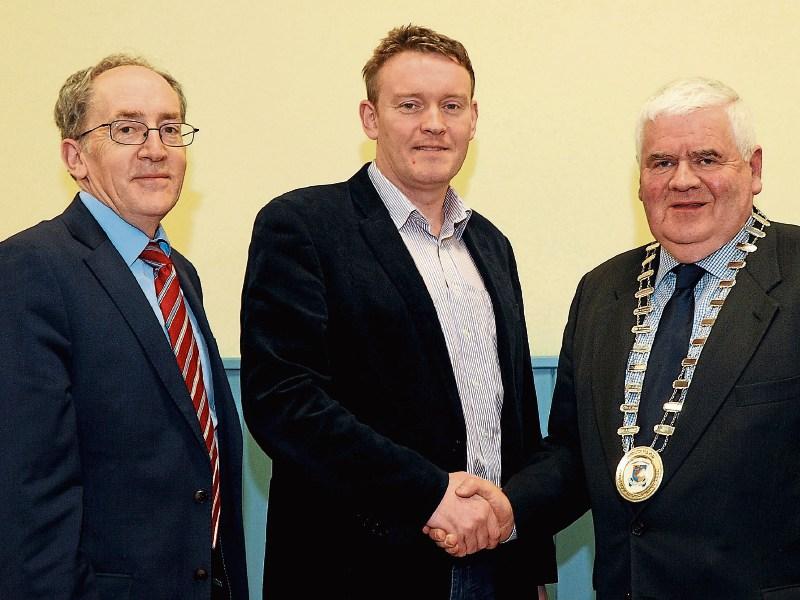 The decision was taken in accordance with an agreed pact that both parties would occupy the chairmanship for a two and a half year period.

In his acceptance speech, Cllr Reilly said his elevation to the Cathaoirleach’s position was one he was deeply enamoured by.

“It’s a great honour to take over as chair,” he remarked in typically humble fashion.

Switching his focus and paying tribute to Cllr Carrigy, the County Council Leas Cathaoirleach said he intended to build on the already sound working relationship that existed between elected members and the Council’s executive.

“I know we (Fianna Fail and Fine Gael) had an agreement and in fairness you stuck to that agreement,” he told Cllr Carrigy.

“I wish you luck in your future career in politics and I am very much looking forward to working with my five fellow councillors and executive staff.”

Cllr Carrigy, who was ratified to the position of Leas Cathaoirleach, said he had very much enjoyed the past number of months and noted the importance of ensuring the various pillars of local democracy are upheld.

“The fact we have meetings out here in Granard is important too. That’s what local government is all about, it’s about serving the people and bringing meetings to the people,” he stated.

The Fine Gael group leader also had time to poke fun at how he had still to get his hands on the Granard Municipal District’s cathaoirleach’s chain.

“I am though hoping to wear the chain shortly,” he quipped, a remark which prompted another elected member to yell: “Don’t worry, PJ will have it.”