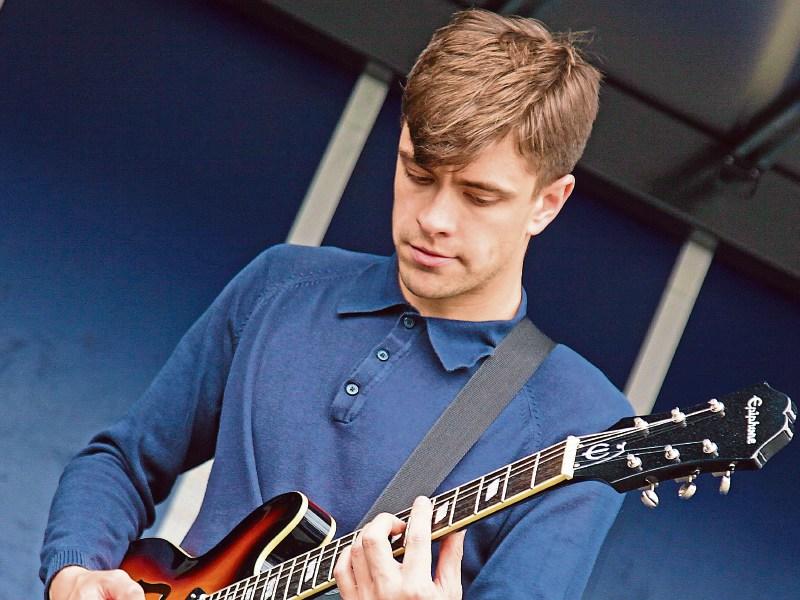 A well known name on the Longford music scene, Killoe native Sean Rooney is gearing up for an exciting 2017.

The son of Stephen and Louise Rooney, Sean has been playing music throughout the county from a young age, after being inspired by pop punk music.

“It kind of spoke to me, somehow. I suppose with that early teenage angst,” Sean laughed.

“It was very upbeat and it just appealed to me for some reason, so I kind of just went with that. That’s what got me into playing the guitar. I picked up my first guitar then and tried to make a go of it.”

Starting a band with two school friends, Sean performed at local gigs and venues throughout his teenage years, during which his taste in music changed; going from pop punk to rock and the likes of Aerosmith and his favourite artist, Paul Weller.

A past pupil of St Eimear’s NS and St Mel’s College, Sean studied Music and Instrumental Technology in AIT for a year, before dropping out to spend more time on his own music.

A stint in a corporate events and wedding band ‘The Bentley Boys’ followed and although he greatly enjoyed the experience, Sean admitted that it was during that stage in his life that he ‘fell out of love’ with music.

“I had been writing songs with a friend of mine and that kind of petered out and I went through a period then of just playing gigs, trying to make a few quid and playing cover songs.

“It kind of made me fall out of love with music a bit, I didn’t write anything at all for a good four years.

“It stemmed from a struggle with my mental health a bit,” he continued. “There was definitely an element of depression that meant I didn’t really want to do anything. Thankfully, a couple of years ago I picked up a guitar, I think it was on a Monday, and I wrote the first song I’d written in about four years from start to finish.

“The reason that happened, or the reason it was the first song I’d written fully was; before that, I had attempted it but I had only managed to get a few lines of verse, and I would be so self critical that I would just wind up binning it, just throwing it out.

“And the more you do that, the more you feel like you’ve failed. It’s like a vicious cycle. You just keep failing over and over again. So eventually, thankfully, I don’t know what came over me, just an improvement in mood for a month or two - I don’t know  - but I kept going.”

Having enjoyed his fair share of online success with his original music - ‘Everest High’, a song about his experience with mental health, was viewed more than 20,000 times on Facebook - Sean has now recruited a local Manager, Rachel Masterson, and is looking forward to releasing his debut EP later this year.

While he’s gigging and recording, Sean is also lending his talents for the fourth time to St Mel’s Musical Society for their 2017 production, ‘All Shook Up’.

“I’d never done any acting before that and the legendary Benny O’Brien called me up because they were looking for somebody to play Sky Masterson and he said would you consider auditioning for the part.

“I was like; ‘Benny, I’ve never acted in my life’, but he knew I was a singer. So I did it and I got the part and I was hooked!

“Getting out on stage and pretending to be somebody else for a couple of hours every night is just so much fun. Plus, the society is great, you meet so many great people and they’re just great craic.”

In recent years, Sean has performed the role of Perchik in ‘Fiddler on the Roof’ and Lucas Beineke in ‘The Addams Family’ but it’s to his current role that he feels most suited.

“This one, Chad, the kind of rock and roll, Elvis Presley type, I can really get behind that,” he said. “It’s funny, the songs are great and the style is cool, that mid 50s rock and roll, so I can get into that bigtime.

“So I’m hoping that this is maybe, dare I say it, my best role. Hopefully - fingers crossed!

“It could be a disaster,” he laughed.