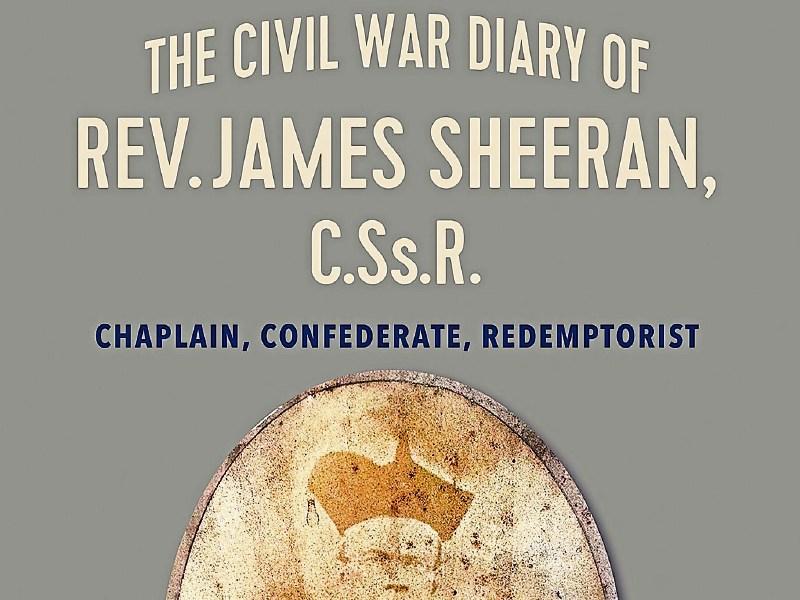 The journal of a Longford born reverend who served as a chaplain during the American Civil War has been published, documenting the historical account of his life on the battlefield.

Reverend James Sheeran, originally from Templemichael, was one of only a few dozen Catholic chaplains commissioned for the Confederacy, and one of only two who kept a journal.

It gives a detailed view of what life was like for a Catholic clergyman, with insight into his incarceration as a prisoner of war at Fort McHenry and the movements of key military personnel.

Baptised in the Diocese of Ardagh and Clonmacnois on May 19, 1817, his birth date is not known however it's documented he lived in Templemichael before emigrating to Canada aged 12.

Marrying a woman named Margaret in New York, they moved to Pennsylvania and then Michigan where they had three children, one of whom died as a toddler in 1846.

From Maryland, Father Sheeran was sent to the Redemptorist parish of St Alphonsus in New Orleans' Irish Channel, where he was a parish priest until the outbreak of the war.

From here he documented the action he saw during his time as Chaplain to the 14th Louisiana Regiment of the Confederacy, during which he accompanied his men through the battles and was taken as a prisoner of war.

On his release, he returned to New York where he continued to practice as a priest until his death in 1881.

The Editor, Patrick J Hayes, PhD, is the Archivist for the Redemptorists of the Baltimore Province, based in Philadelphia and has authored and edited several works in American church history and Catholic ecclesiology.

'The Civil War Diary of Rev James Sheeran, CSsR: Chaplain, Confederate, Redemptorist'  is available to buy now on Amazon for $29.95.