€6.1 million for Longford’s regional and local roads, including €1m for roads at Center Parcs Longford Forest 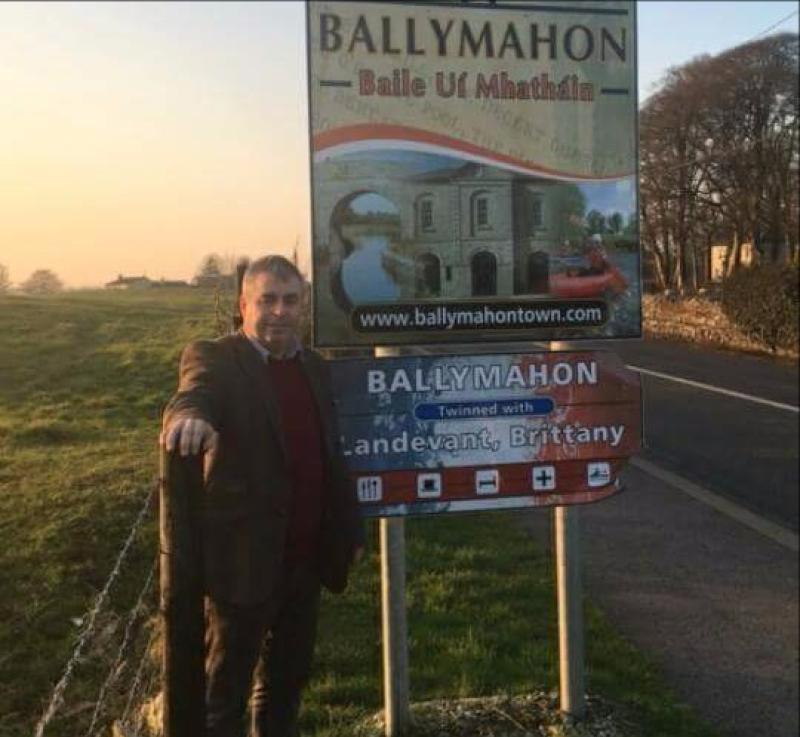 Over €6 million has been allocated for County Longford’s regional and local roads under 2017 funding announced by Transport Minister, Shane Ross, with roads around the new with Center Parcs Longford Forest holiday village being made a key priority, with €1 million being allocated.

Longford/Westmeath Independent Alliance TD, Deputy Kevin ‘Boxer’ Moran said he was delighted to have secured a significant increase in funding for the constituency in 2017, which will see €6.8 million and €6.1 million allocated to Westmeath and Longford, respectively, for road improvement and maintenance works.

Deputy Moran added, “I am particularly delighted that my fellow Independent Alliance and colleague, Minister Ross has recognised the need to invest strongly in the upgrading of roads that surround the Center Parcs Longford Forest project in Ballymahon. This funding is critical to the success of the project and the full allocation sought by Longford County Council has been delivered.”

'Boxer' continued, “It also reflects this Government’s commitment to the project and how we view its future significance, not just for Longford but for the entirety of the Longford/Westmeath constituency."

BREAKDOWN OF HOW THE €6.1m ROADS ALLOCATION WILL BE SPENT IN LONGFORD 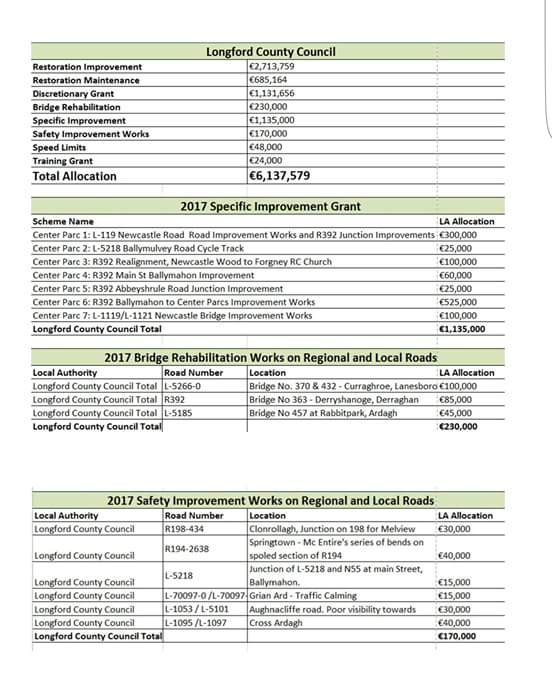 Deputy Moran added that there is one further road, Toome Crossroads to Newcastle Bridge, which has only requested funding from 2018 and that he will be ensure that this funding will be provided at that stage.

“What is equally pleasing is that I have delivered over €1.5m extra for Longford this year which follows my extensive representations to Minister Ross regarding the transport needs of the county.”

“In total, almost €13m has been delivered for Longford/Westmeath which is almost an additional €2m up on last year,” said Deputy Moran.

“The Independent Alliance in Government has laid special emphasis on rural development and the sustaining of rural communities. As part of this policy, we view regional and local roads as being at the core of local economic activity and we recognise the importance of connectivity between towns and villages for community and other transport requirements such as for industry and commerce.”

Deputy Moran added that both Longford and Westmeath will receive an 11.5% increase in the Restoration Improvement grant, with the Restoration maintenance grants being maintained at the 2016 level for all counties.