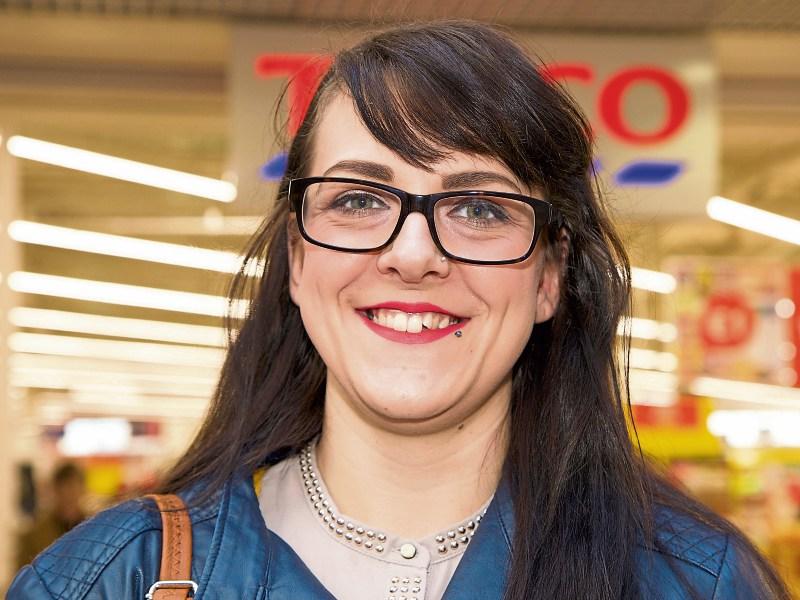 The disquiet being felt amongst Longford’s wider business fraternity over possible commercial rates hikes has garnered the unanimous approval of local consumers.

One by one shoppers stood and uttered their dismay over the anxiety that’s now being felt by several firms as to potentially devastating increases to rate charges for 2018.

First up was a bemused looking Marie McGurran.

“It has come at a bad time,” she lamented as she went about her daily business.

“You see an awful lot of shops closed around the town and now we kind of know why.

“It’s the rates they are charging people.

“People are going to be out of work and it will affect families.

“If you have two people working and one is working part time but they lose that job that income will be missed.

“I do think they really need to do something about it and get the town back to the way it used to be.

The Longford woman was certainly not alone in throwing her solidarity behind local retailers.

Cork based Longford native Paul Martin urged apprehensive ratepayers to stand together in a common quest to ensure transparency and fairness are maintained.

“They (shoppers) will be drawn to other locations like Athlone or Mullingar if more shops close here.

“I think the shopkeepers should get together and fight it.”

A more irreverent analysis was delivered by Charlestown's Francis Keegan.

Strolling intently along and clutching a pair of headphones, Mr Keegan  expressed his hope that any changes to commercial rates locally would spare his favoured barbers.

“I like the Boston Barbers so I hope that doesn’t close,” he stressed.

“But I do think businesses should stick together.”

Despite at first appearing reluctant to comment and have his photograph taken, he was very much candid as to what was at stake if large scale rate increases are foisted on already cash starved local enterprises.

“Longford has gotten smaller and I just think if anything else goes that will be it,” he said.

“How many people have left and gone abroad to get jobs as it is?”

It was a view which was backed up by another local, Maggie McKenna.

She vented her abhorrence at the situation, claiming that Longford could become little more than a “ghost town” if many retailers worst fears are realised.

That same sense of foreboding was mirrored by friends Lorelei Fox-Roberts and Sinead O’Haire.

“Surely they (Valuations Office) should be encouraging people by lowering rates,” insisted an indignant Lorelei.

“If more places closed you would just end up going someplace else.

“There must be some way they can appeal it even if they don’t take the appeal on board straight away at least it will be seen that they are fighting it. “It’s just not fair is it? Sinead interjected.

“If Penney’s closed I would relocate.

“We just moved back from Dublin.  If people do nothing, nothing will get done so if people join forces and say they are not happy they might have a better chance.”

Time will ultimately tell if that assertion proves to be the case.