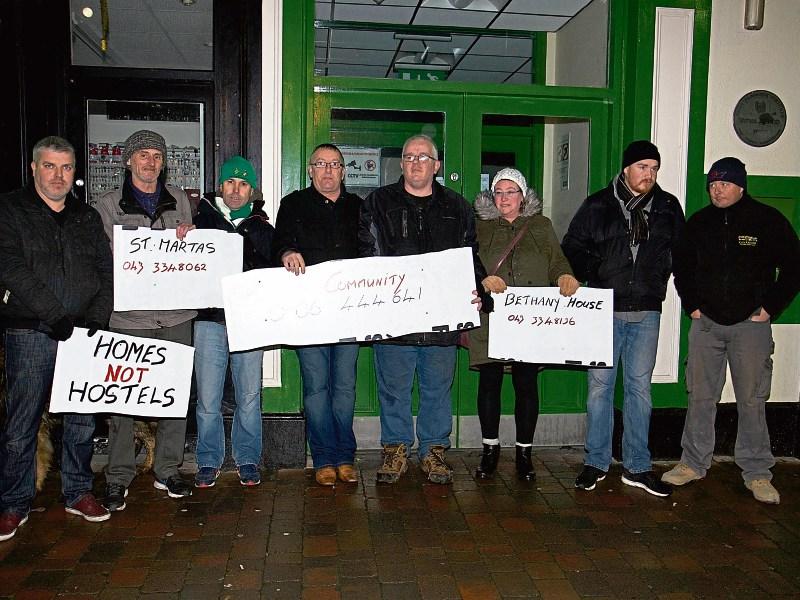 Approximately twenty people  gathered outside Longford Post Office on Friday night last, January 13, for a vigil in support of the Apollo House campaign.

Apollo House  in Dublin was occupied from December to provide accommodation for homeless people. Last week residents and occupants vacated the building.

The vigil aimed, however, to keep the Apollo House 'spirit' going.

“There was about twenty of us there on Friday night, so that was a good crowd,” said co-organiser Tena O’Leary Keown. “We had visitors in from Drumlish and from as far as Athlone.”

Those in attendance made posters which called for people to be given homes, rather than hostels, while thirty-two candles, with the names of each county inscribed on them, symbolised the reality that homelessness is a nationwide problem.

“I just want to thank everyone for coming out,” Tena continued.