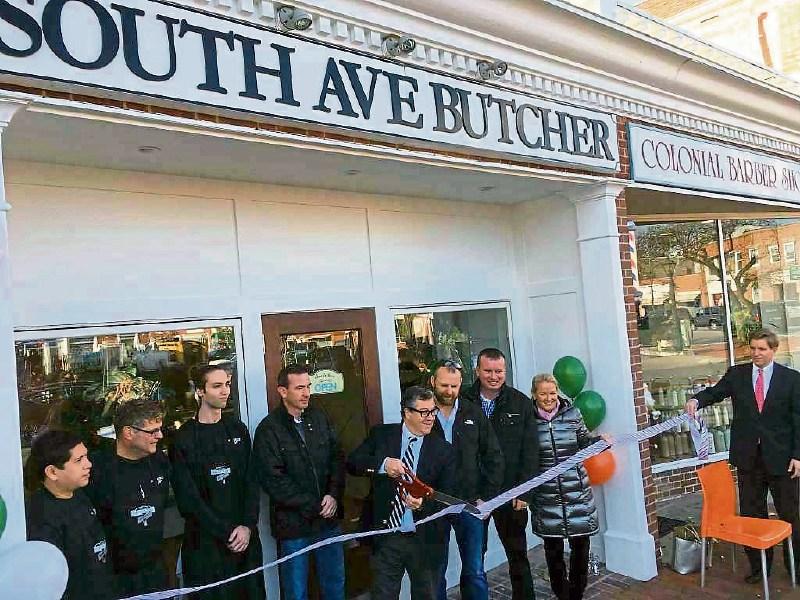 After months of planning and a full renovation of the site in downtown New Canaan, Connecticut, South Avenue Butcher shop opened for business in the middle of December with a Longford man at the helm.

The brainchild of three Ireland-born friends who now reside in Darien - including Drumlish native, James Farrell - the new shop features a wide selection of beef, pork and veal cuts, as well as sweet and hot Italian sausages, bratwurst and bacon-and-cheddar sausages.

In the coming weeks, Gavin Mitchell from Drumlish - whose award winning sausages are garnering much attention across this country - will visit the South Avenue  shop to show head butcher and Dutchman, Michiel Hutten  the skill needed to make the much loved produce.

Hutten’s Italian sausages are already the talk of the town in New Canaan, so Mr Farrell says there will be a huge market for the Irish sausages once they are in a position to produce them at the store.

The shop, too, says the Drumlish native - who is the son of Jimmy and Josie - was a welcome instalment to the town after it became clear to him that the area lacked a facility where good quality meats could be sourced.

“There are too many hormones going into the cattle in this country,” said Mr Farrell before pointing out that he left Drumlish in 1997 for pastures new in the US.

“I decided there was a market for more naturally sourced meats and I buy in grass-fed cattle for the shop.”

Butcher Michiel Hutten has more than 30 years of experience and it is he who is heading up day-to-day operations at the shop.

He is serving prime cuts of meat, sourced from animals that are free to roam and grass-fed,  meaning that much of the produce at South Avenue Butcher shop is organic.

Mr Farrell is a building contractor and it was only when he and his partners Alan Griffin and  Dermot Flynn sat down to  a pint one evening that the concept for the butcher’s shop began.

“We are excited about Gavin Mitchell coming out; he will show the guys how to produce high quality black pudding and great tasting Irish sausages,” smiled the Longford man, who attended Drumlish NS and Moyne Community School.

“Our head butcher Michiel is also adding his own style to things so we are all very excited about this project.”

Opened in December, the business has seen a steady flow of eager customers since its inception just over a month ago.

As for Mr Farrell, who is married with three children aged six, five and four, this is one of many adventures that he has embarked on since arriving in the US, twenty years ago.

No doubt his steely determination will ensure that South Avenue Butcher shop will live on to  tell the tale of yet another success story of an Irishman on American soil.