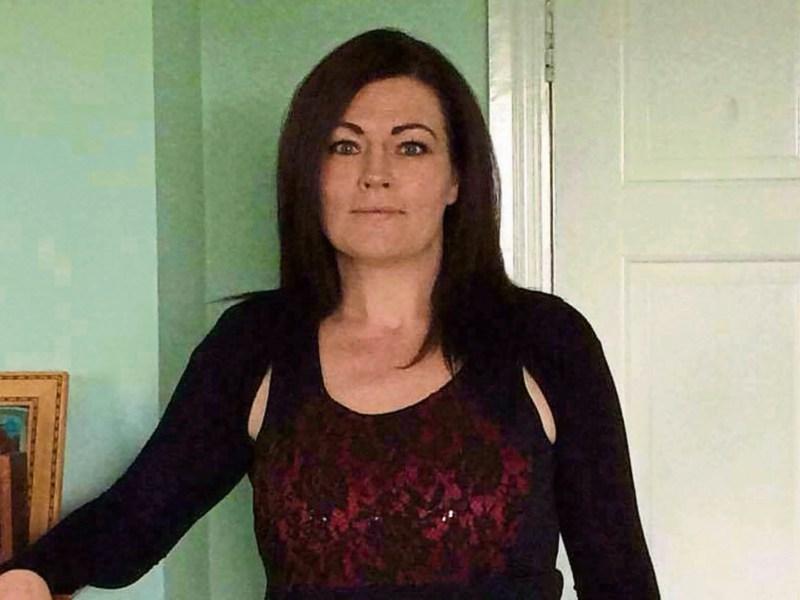 An Edgeworthstown woman has been named 'Miss Slinky' and 'Woman of the Year 2016' at her Slimming World Group for her incredible transformation, which saw her drop more than four stone in just ten months.

Little did Sian Hennessy realise that her decision to join Edgeworthstown Slimming World in August 2015 would result in such a dramatic turnaround in both her weight and all-round health.

Barely ten months after joining, the 37-year-old had lost some four-and-a-half stone, dropping a whopping four dress sizes in the process.

It’s a transformation which prompted her fellow slimmers to vote for her as their  group's, 'Miss Slinky' and 'Woman of the Year 2016'.

Sian has always enjoyed her food and found the weight creeping up on her when she suffered an injury in her foot, preventing her from exercising.

To make matters worse, after a few months and a trip to the doctor, Sian was told she was suffering from high cholesterol.

Not wanting to start medication, she decided she would join her local group and lower her cholesterol through a healthier lifestyle.

It was a move which culminated in Sian shedding a quarter of her body weight and dropping from a size 18  at her heaviest to a present day size ten.

“Being voted for by the other people in the group is lovely because it’s thanks to them that I’ve been able to lose the weight that I have,” confided  a plainly taken aback Sian.

“I was very nervous when I first walked through the doors of the group because I expected everyone to judge me, but I needn’t have worried because everyone was so friendly and welcoming.

“I’ve made lots of friends and I love swapping recipes and ideas every week. My Consultant Amy has been so supportive too. She’s positive and enthusiastic and is always at the end of the phone if I need her.”

After joining Slimming World, Sian began following the organisation’s Food Optimising healthy eating plan and was amazed to discover that she didn’t have to give up her favourite meals.

“I actually eat the same things now as before – curries, roast dinners, pasta dishes – but they’re all made from scratch and I still eat out too – I just make healthier choices like having pasta with a tomato and vegetable sauce instead of meals that are fried or covered in creamy sauces or dressings.”

Changing her eating habits and becoming more active hasn’t only transformed Sian on the outside, she feels like a new woman on the inside too.

“I might have lost four-and-a-half stone but I’ve gained so much more. I feel happier, healthier and have loads more confidence.”

Anyone wishing to follow in Sian's foosteps can do so by popping along to St Mary's Community Centre in Edgeworthstown every Wednesday at 5:30pm  and 7:30pm or by phoning 086-3365705.