General Election 2016 cost over €260k to stage in Longford-Westmeath 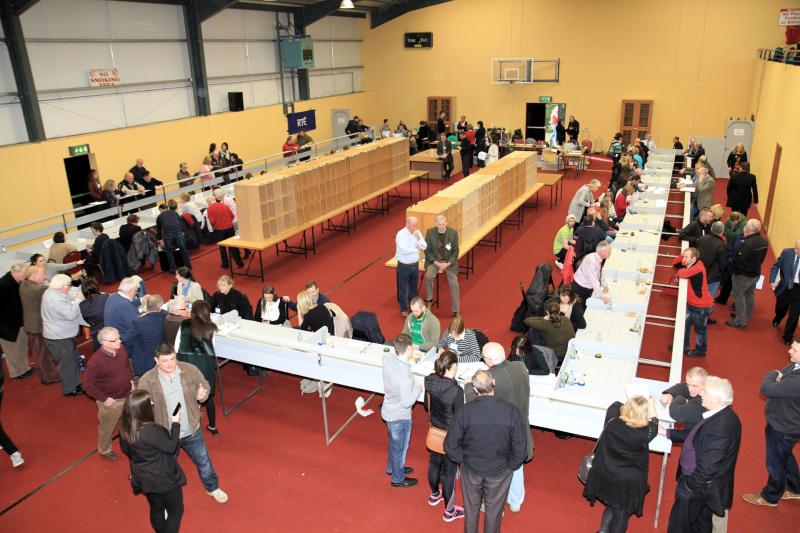 A breakdown of election spending in the Longford Westmeath constituency shows candidates spent more than €126,932 on their various campaigns, or an average of around €8,000 each.

When payments to count staff totalling over €137,000 are factored in, the overall expense incurred in hosting last February’s marathon five day count accounted for almost €264,000 in public and non public spending.

The figures, all of which were released by the Standards in Public Office Commission (SIPO) deliver a blow by blow account of the various amounts candidates and political parties accredited to the 2016 general election.

The Ballinacargy postmaster was quick to defend those figures when contacted by the Leader yesterday (Tuesday).

“Didn’t I top the poll?” came the quick witted reply.

Deputy Troy, who is Fianna Fáil’s spokesperson on Transport, Tourism and Sport secured 11,655 first preference votes which, when analysed against his campaign spend, equated to a relatively frugal €1.72 per vote.

“I kept below the statutory limit for candidates spend which is a legal requirement.

“The reason why my spending was that bit higher was because I was the sole (Fianna Fáil) candidate in Westmeath which meant I had to place posters right from the bridge of Finea to the bridge at Athlone.”

And while advertising costs, to the tune of €5,859 also played their part, Mr Troy rubbished suggestions his poll topping exploits was in any linked to his five sum campaign outlay.

“I don’t think my vote was dependent on the cost of my campaign.

“I ran a good campaign, but I would argue that I worked exceptionally hard for the past five years and people responded to that.

He was also similarly explicit in his assessment of the long term future of election posters and the impact they have on voters.

“Posters and advertising I feel, don’t really encourage people to give you a number one vote,” he said.

“What they do do is they keep you in their minds. Having said that, if in the morning legislation came in to ban posters I wouldn’t care in the slightest.”

The only other TD to appear in the top five spenders was Fine Gael’s Peter Burke.

Under the Electoral Act (1997), all candidates, whether successful or not, are required to furnish an election expenses statement to SIPO within 56 days of the election. If they are a member of a party, it must also declare any expenses paid on their behalf.

The maximum a candidate can spend on a campaign depends on the number of seats in the constituency. The spending cap stands at €30,150 in a three-seat constituency, €37,650 in a four-seater and €45,200 in a five-seater.

Candidates who have been elected qualify for a reimbursement of up to €8,700. This also applies to unselected candidates who exceed a quarter of the quota in their constituency, which in Longford Westmeath’s case was 2,763.