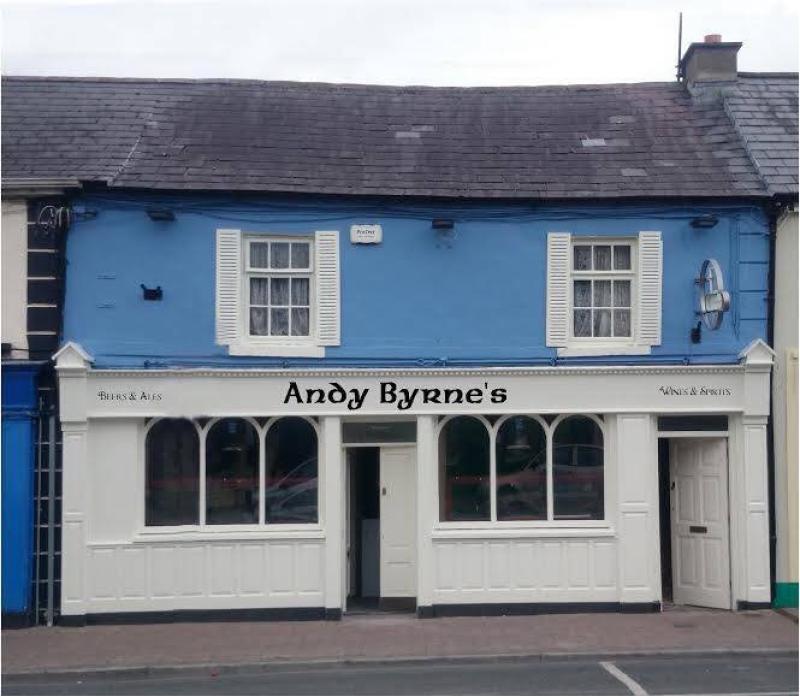 An annoyed Andy Byrne, proprietor of Andy Byrne’s pub in Longford town, has this evening called on the local business community to stand together and reject outrageous extortion after he was hit with a 400% increase in his proposed new valuation rate.

Mr Byrne said he was shocked after opening his post from The Valuation Office which proposed the massive hike in his rates.

The well known publican told the Longford Leader tonight, “I have spoken to six other small business owners around town this afternoon and each and every one of them have had increases of between 100% and 400%. Where do the valuation office come up with these figures?”

Andy said he returned to Longford town to open his pub as he had belief in the town and its people however he admitted that the proposed valuation was difficult to stomach.

Acknowledging that Longford County Council don’t calculate the valuation, he opined that if the Council or elected representatives “think for one minute that this disgraceful move, will improve anyone's situation, or help the vitality of our town in any way they are living in cuckoo land!”

Calling for a public meeting to be called to discuss the matter, Mr Byrne also took to Facebook to vent his fury and his post generated considerable traction.

Freda Farrell supported Mr Byrne and wrote: “Yes we also received our new rates valuation. Increase of €4,100 on top of original rates payment completely unrealistic and unviable. It would not be possible to run a small business and pay such amounts should this be implemented it will see a lot of business in Longford close.”

Independent local councillor Gerry Warnock described the valuation received by Mr Byrne as “yet another example of how outside forces are affecting local commerce.”

He insisted, “We need more discretion at local level.”

Revealing that officials from the Valuation Office will be in Longford from January 30 to February 3, Cllr Warnock suggested that “might be an opportunity to ask them how they can justify this level of a variation in a disadvantaged town centre.”

Over 6,300 proposed Valuation Certificates have been posted to commercial and industrial ratepayers in the Longford, Roscommon and Westmeath rating authority areas over the last number of days by The Valuation Office -  the State property valuation agency.

“If a ratepayer is dissatisfied with his or her proposed valuation or any of the details contained in the Proposed Valuation Certificate he or she  should make “representations” to the Valuation Office within 40 days of the date of issue of the said Certificate.

“If making representations, an occupier must provide clear reasons and supporting evidence to justify any proposed changes, including an alternative valuation. Ratepayers will also have the right to appeal their valuation subsequently to the Valuation Tribunal, an independent body set up for that purpose.

“When these representations have been considered, the Valuation Office will issue Final Valuation Certificates in early September 2017.

“These final valuations will then be used by the County Councils of Longford, Roscommon and Roscommon to calculate their respective rates charges for the 2018 rates year and subsequent years.

“The valuation is a key element in establishing the rates liability but is not the amount of rates actually payable. While the Valuation Office determines the valuation, each local authority determines, levies and collects the actual rates payable.”

The Valuation Office website, www.valoff.ie, sets out detailed information about the revaluation and the representations process. The Office also has a dedicated Customer Support team to deal with revaluation queries by email at reval2017@valoff.ie, or by telephone at Lo-Call 1890 532 431 or 01 8171033 between 9:30 am and 5:30 pm from Monday to Friday, excluding public holidays.