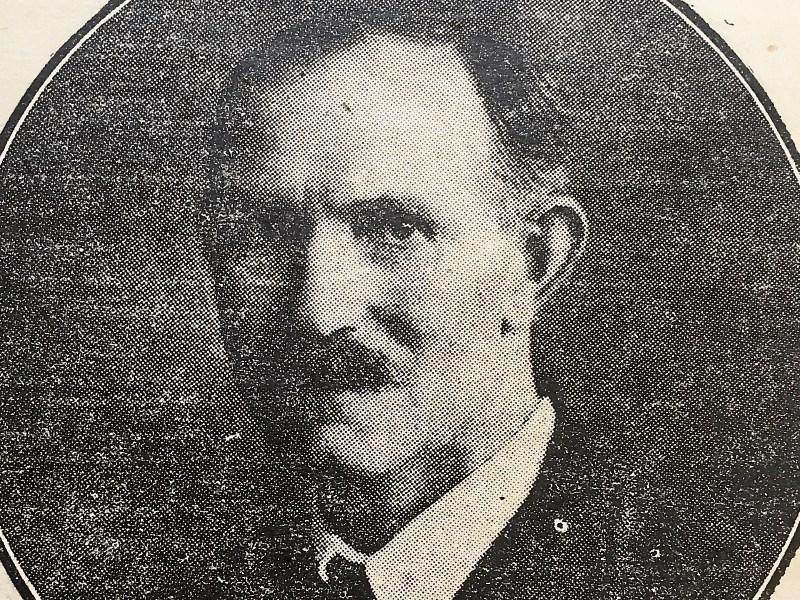 The funeral took place at the weekend of 96-year-old Eilis Killean, who was the last surviving offspring of the late, James Joseph Killane of Currygrane, Ballinalee, who was the first Fianna Fail TD in Longford.

He died a relatively young man at 56 years of years in 1930  but in a political  career that spanned thirty years, he was steadfast in his commitment to a united Ireland. It was a belief that ran deep in the family as his late father, Patrick Killane, had been a noted Fenian organiser in the 1860s. His father was also a celebrated horseman and would have been one of the founder members of the Longford Harriers Hunt.

His son was first elected to the Granard Rural District Council in 1902. It was a   notable election for the family as his sister, Moya, and her husband, James Bligh, were also elected.  He was an ardent member of the Sinn Fein movement from its inception and also joined the IRA in 1914. Early in 1921 he was arrested  and interned in the Curragh where he was held for nine months.

He was elected to the Dail as a Sinn Fein candidate in 1923 and then as the first ever Longford  Fianna Fail TD in 1927 when he polled 3,434 votes.  However by now his health was starting to give way after a life time of pressure  and he passed away peacefully surrounded by his heartbroken family at their home in Currygrane in April 1930.

There was a huge political  presence at his funeral mass in Ballinalee village and subsequent burial in Clonbroney. The graveside eulogy was delivered by Sean T Kelly as de  Valera was in the States at this time.

He was married to a local woman, Catherine (Kate) Duffy and she shared her husband’s staunch Republican values. She was a formidable woman in her own right and was one of the early Cumann na mBan organisers. It is said that when she knew she was close to giving birth to her second children, the recently deceased, Eilis, she told her husband and first born daughter, Maura, to go to Hoy Thursday mass. When they returned she had duly given birth.

Eilis, her sister, and their younger brother, Finn, were heartbroken at  the death of their father. At the time there were no lavish state pensions and the family moved to Dublin where their mother secured work in the civil service.

All her life Eilis retained the strong  political values and a fervent desire  for social justice that would have underpinned her father’s political legacy. She was a forthright  campaigner for the Birmingham Six, Guildford Four and abhorred political abuses and social injustices wherever they occurred in the world.

She found her vocation in teaching and whilst working  in a handful of locations, would have spent most of her career in Stillorgan, where she was held in very high regard. She was a founding member of the National Graves Association and was also a  leading light in the Teachers Union of Ireland for many years.

Whilst she was only ten when the family moved to Dublin, she retained a great affection and fondness for Longford  and delighted in any news or developments from her native county. She was a lifelong member of the Longford Historical Society  and so it was fitting that it was the Society’s own Fr Tom Murray  who celebrated her funeral mass.

He noted that Eilis and so  many of her family had devoted much of their lives to political causes  and he singled out the efforts of her aunt, Moya Bligh, who was one of the early campaigners for women’s rights. The deceased’s nephew, Ultan Killean, delivered a wonderful eulogy that told of a deeply caring lady who enjoyed a large  circle of friends and set great store in her deeply held faith.

Eilis Killean, formerly of Doonybrook  and Ballinalee, passed away on Devcember 13 in the kind care of St Mary’s Home Donnybrook, Dublin. Her passing is deeply regretted by her beloved niece Emer and nephews, Ultan and Aidan Killean; grandnieces and grandnephew and by the extended Killean and Duffy families. Following funeral mass in Clonbroney Church she  was laid to rest in the family plot.