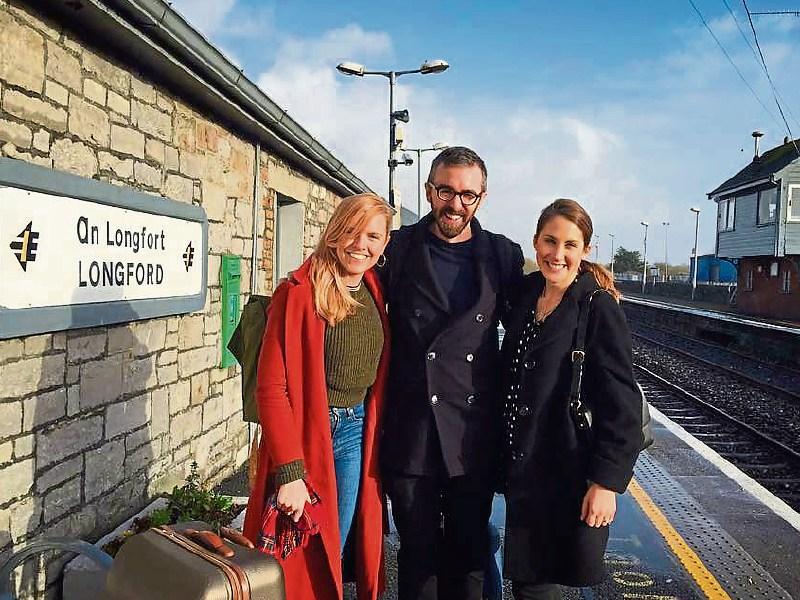 Peter Geoghegan is an author and freelance journalist from Longford town who travels the world.

He is currently based in Glasgow and was home in Longford for Christmas.

“My Christmases in Longford are filled with friends and family, but there is one place in particular that I look forward to visiting: the Mall,” he told the Leader.

“The Mall has always been part of my life and as a three-year-old, I escaped my mother and went on a solo run across the road to the Mall.

“A kindly neighbour returned me to College Park.

“My lank-haired, teenage self shared cigarettes and cheap alcohol among the overgrown bushes at the end of the park.”

Last May, Mr Geoghegan’s  much loved Mall was renamed the Albert Reynolds Peace Park. The rededication honoured the Longford man who became Taoiseach and who has been widely credited for his work in starting the Northern Irish peace process.

This name change does not sit well with the local writer who has a close affiliation to the park since he was a child.

“Just as I have changed over the years since I left home, so has the Mall - I can’t yet bring myself to call it the ‘Albert Reynolds Peace Park’,” the journalist who has covered many human injustices throughout the world, added.

“The broken down bridge, with its frisson of danger, is now an attractive flower bed.

“The wild foliage has been pleasantly tamed and the night time gloom has been lifted by overhead lights.

“But I am still drawn to the Mall by the possibility of escape.”

He said that one of the first things he did this Christmas was to go running in the Mall.

“It was mid-afternoon but already the sun was low on the horizon,” the Longford man who is  the son of well-known poet and writer Mary Melvin Geoghegan, continued.

Her  first collection of poetry, The Bright Unknown was published by Lapwing Publications in 2003.

“The faintest trace of frost was on the ground,” he said while reminiscing on his Christmas morning run.

“ In took a breath past the football pitches, where blackbirds and robins piped down from the trees.

“The following day I watched an inscrutable yellow hammer zip across the Camlin.

“These are the images of Longford that I take back with me after the holidays, and cherish