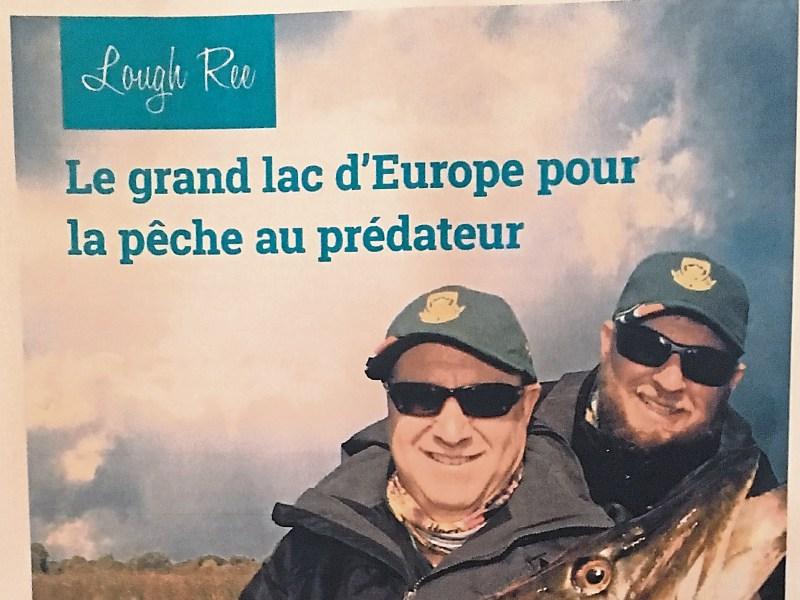 After the success of last October's world fishing championships on Lough Ree, the anglers of Lanesboro and Ballyleague are heading to France next weekend to promote the lake and the region among the top anglers of Europe.

The Lough Ree Angling Hub has printed over 2,000 brochures in French to promote fishing in County Longford and will be marketing the area in front of some 22,000 anglers that are expected at the largest fishing trade show in France in Clermont-Ferrand next Saturday and Sunday.

"It's the next step in our strategy to put Lough Ree at the top of the list of world angling venues" Hugh Keane, Chairman of Lough Ree Angling hub, said this week.

He added,  "Last year we brought 140 of the world's  elite anglers to Ballyleague and Lanesboro and showed them what we had to offer so now we are following up on that with a targeted promotion of some of the key European nations for fishing and angling tourism and we intend to build on this every month this year."

The Lough Ree Angling Hub is using the new slogan 'Le grand lac d'Europe pour la peche au predateur' -  the great predator fishing lake of Europe for this promotion and has invested 10,000 euro in this promotion at the show in Clermont-Ferrand.

Mr Keane explained that Lough Ree Angling Hub is  still seeking support from key agencies here for the project and will in turn be promoting over 30 accommodation providers in Longford and nearby.

He continued, “The Hub wish to thank Inland Fisheries Ireland for facilitating them with facilities in France to promote the area.”

This marketing initiative is part of a more extensive new plan to promote the Ballyleague, Roscommon and Lough Ree region for fishing and good food in 2017 that has been set up with the support of CEDRA funding from the Department of Agriculture and Longford County Council.

This new plan will be formally unveiled in the next four weeks when news of a major new international angling competition will be unveiled for Lanesboro/Ballyleague and Lough Ree.

Mr Keane concluded, “If you provide accommodation in the area and would like to be part of

the promotion of good fishing and food around Lough Ree at any stage this year please contact Debbie Tierney or Helen Feeney at Lough Ree Angling hub at 043 33 21734 or email: loughreeanglinghub@ gmail.com