A bright year ahead for Longford brothers 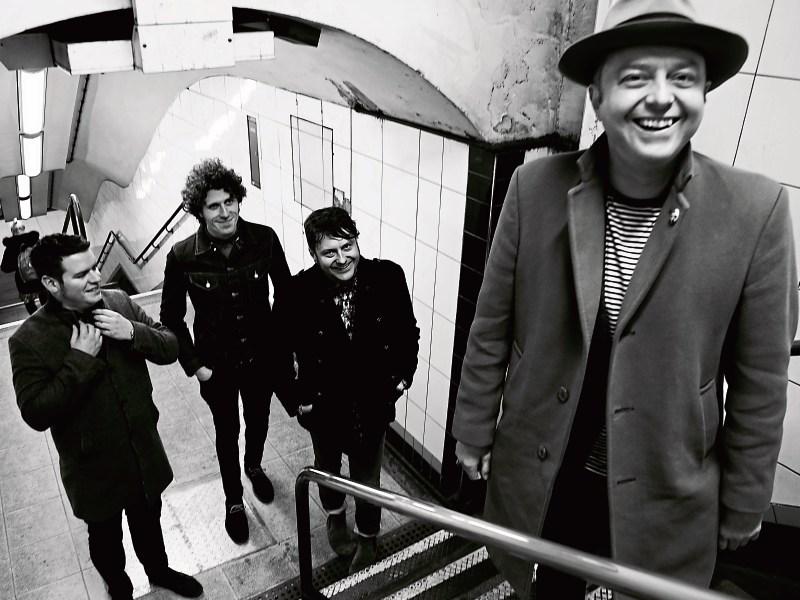 With a new album, performances in front of sold out crowds at Dublin's Olympia, a viral song for the European Championships with the legendary Shane MacGowan and a gig which counted Bill Nighy and Kate Moss among its attendees - it's been quite the year for Cronin.

Made up of Leeds/Irish-based brothers Johnny and Mick Cronin, along with Brian Murphy and Fiachra Milner, Cronin wrapped up a whirlwind 2016 with two nights at the Olympia alongside  UK legends Ocean Colour Scene.

“It was amazing... really, really good,” grinned Mick Cronin. “It was sold out!”

As well as the Marquee in Drumlish, sharing the stage with the likes of Van Morrisson and Shane MacGowan, and, most recently, a special gig in aid of Focus Ireland, the Olympia concerts  were the latest in a string of dates for the four-piece, who also released an album this year; 'The First Kiss of Love'.

The album has been really well received, earning a rating of 8/10 from Hot Press Magazine, who added; "With this impressive paean to their rock and roll heroes, they have set a new benchmark."

St Stephen's night, December 26 will see the Cronin brothers return home to Drumlish for a gig at Cassidy's Village Inn, supported by Longford's own 'Sistir' aka, Aisling McCarthy.

The first half of the night will see Cronin take to the stage with some of their original songs, while the Longford brothers intend to bring the party in the second half, with their covers band 'The Afters'.

The festive fun continues when, on December 29, the band team up for a co-headline show with their good friend Mundy in Mullingar.

Things don't look like they're going to slow down for the band in 2017, either.

“We have the album release in England, France, Belgium and Holland in March, so we'll be doing a few gigs and tours,” Mick continued.

“We'll have another single here at the end of January, 'The First Kiss of Love', the album's title track and we'll have a few Irish dates.

“We're also starting work on a new album and we're hoping to get that out by May,” he concluded.