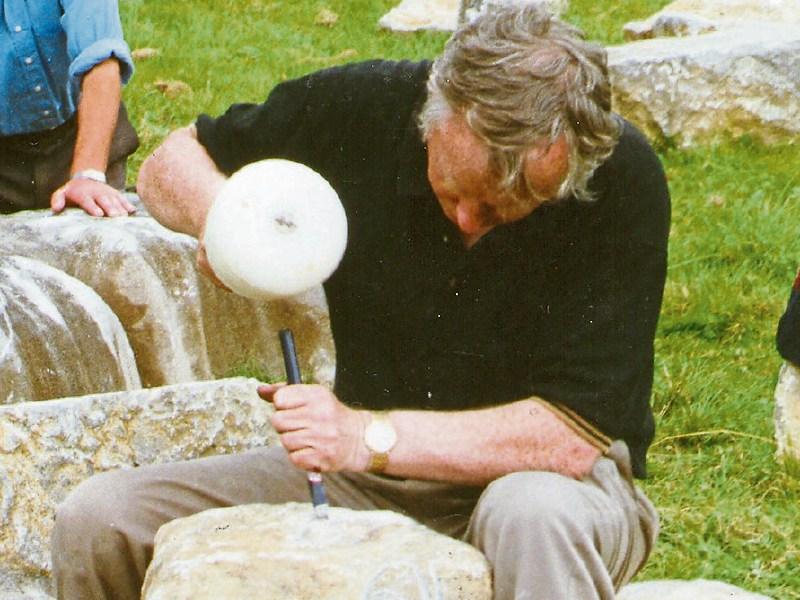 The death on Wednesday, November 23 of Paddy McArdle, Cormaglove, Newtowncashel cast a dark cloud over the area.

Paddy was a gifted craftsman and our photo shows him with a figure he carved in 2001.

It is among many of the beautiful figures in the Quarry Park that the FAS staff carved under the direction of the sculptor Dolores Nally.

A gifted man with his hands, Paddy later made miniature’s of gypsy caravans, traps and dolls houses. He had a beautiful disposition, to meet him you felt the warmth and honesty of his personality. May he rest in peace.