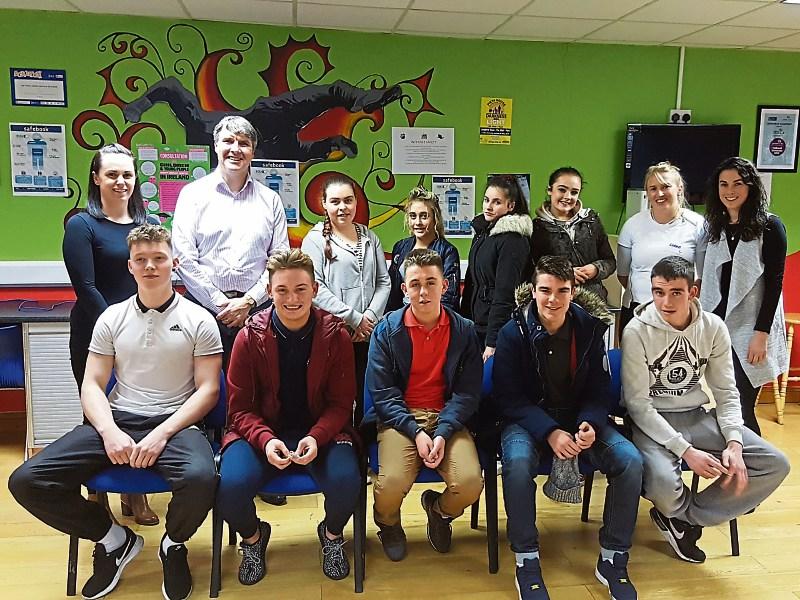 Recently this group was lucky enough to be selected by the Ombudsman for Children, Niall Muldoon to take part in the “Tune In” workshop.

The purpose of this workshop was to raise awareness of children’s rights among children and young people.

The workshop was held in The LEAP Project on Earl Street and was facilitated by the Ombudsman himself and a representative from the Department of Children.

During this workshop there were four questions put to the young people and they were asked to share their thoughts and ideas on this topic.

It was a hugely successful workshop and the young people involved received very positive feedback from Ombudsman Niall Muldoon.

It is very encouraging that they Ombudsman is taking time out of his busy schedule to meet with the young people themselves and that we have such a talented Youth Bank group able to represent the views of young people in Longford.

These workshops were carried out across the country and this December they hope to compile all the ideas that the children and young people gave.

In January 2017, the results will be shared with all who took part in these workshops and the Ombudsman for Children’s Office will begin to work with these results to best implement ways to raise awareness and understanding of children’s rights among children and young people in the future.