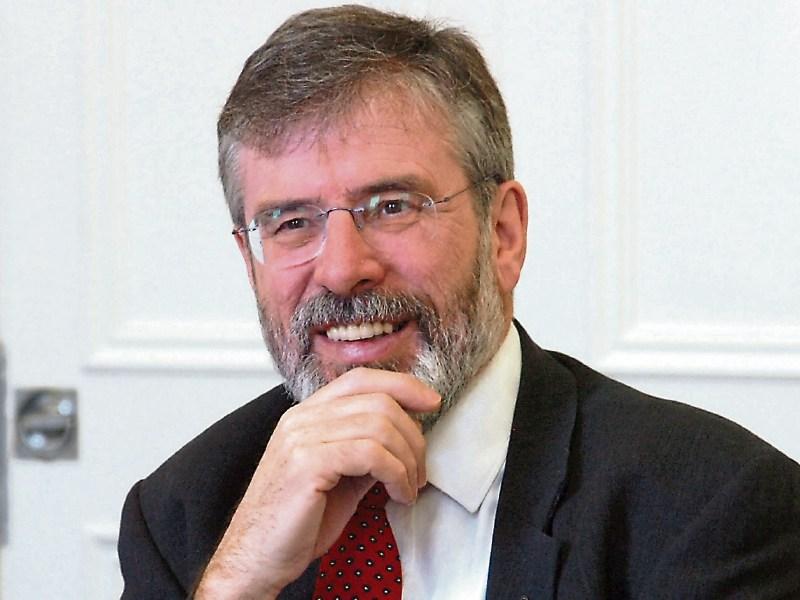 Gerry Adams is in the news, yet again, as he's forced, yet again, to bite his tongue as adversaries on all sides rail against him for staying silent in the face of criticism being laid at his door.

Regina Doherty on the Week in Politics on RTÉ seemed genuinely baffled as to why the 'laws of the land' down south shouldn't be applied to anything that's wrong with the legacy of our history.

I think Regina is probably sincere in her naivety, and simply doesn't get the extraordinary, unprecedented, and massive implications that came with signing the Belfast Agreement.

It was the biggest single and most significant political breakthrough in our history, since 1922.

Gerry Adams cannot reveal anything that pertains to that agreement, and whilst it is unfortunate that people such as the Stacks cannot get the facts they seek, that's one of the prices of such agreements in any country.

Ireland is not alone in this.

By their actions the Stack family have inadvertently done damage to the process now, by preventing other families being briefed about the killing of their loved ones.

After all, they are the ones who broke the confidentiality agreement with Mr Adams.

This breach of confidentiality and the subsequent cynically contrived controversy in the Dáil, could conceivably block other families receiving information.

Nobody can say that the killing of Brian Stack back in 1983 wasn't linked to the Troubles; anyone who claims otherwise needs to brief themselves on the facts.

Especially if they're in Dáil Éireann.

Whereas it's possible and reasonable to believe that Regina Doherty genuinely doesn't understand the implications of the Peace Process, Micheál Martin does. He's being crass, disingenuous, and awfully cheap by badgering on about naming names.

Unless he's got a much more limited intellect which a powerful Fianna Fáil politician of long standing in the Dáil should have, he's simply playing politics.

That's cheap. It does not become any statesman, who cares about this country.

Similarly Enda Kenny, who is comprehensively briefed as Taoiseach is simply playing politics, although somewhat more circumspect by calling for names to be related to the guards.

As Taoiseach, he’s hardly behaving like a statesman either.

It's a really sad state of affairs that anyone in Dáil Éireann should be engaged in every possible attempt to damage Gerry Adams, when the facts of the matter are plain for anyone who followed the affairs of Northern Ireland for decades.

Adams played a crucial role in its delivery, and his was the most critical and dangerous role.

Mr Ahern said that he understands Gerry Adam's refusal to give the name of a senior IRA official alleged to have information about the murder of a prison officer in 1983.

"There are implications always from breaching some of the things from the past," said Mr Ahern.

Mr Ahern further stated that "the Sinn Féin leader had co-operated with the Garda several times in the past, and would always assist if he could".

Without Mr Adams, we wouldn't have any Belfast Agreement.

Bertie Ahern, one of the main negotiators along with Mr Adams, of talks that led to the 1998 Belfast Agreement, can be accused of many things, but never of disrespecting the Peace Process. He's simply being honest and realistic when he says, "Trying to live the circumstances of now with what happened is probably not a good idea.”

It really is time for everyone to step back and refrain from trotting out silly platitudes such as "don't hit me with the Peace Process in my arms.”

That's not even mildly funny.

Rather, it's quite unforgivable.