Gas in the pipeline for Co Longford 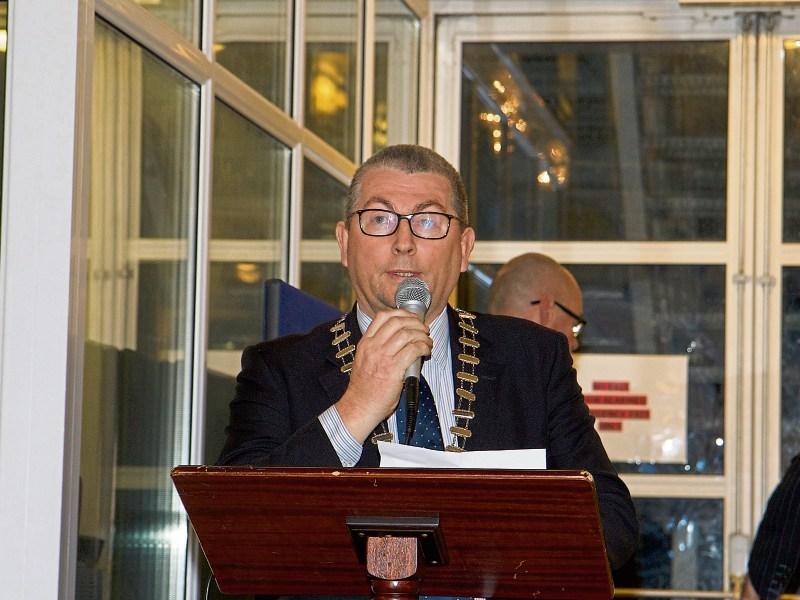 Discussions have begun with Gas Networks Ireland about the possibility of running a gas pipeline through Co Longford.

Cathaoirleach, Longford Municipal District, Cllr Mick Cahill (FF) told members during last week’s municipal district meeting that he together with two members of the executive of  Longford Co Longford met with officials from Gas Networks Ireland to discuss the possibility of Longford connecting to the national gas supply.

“From our regard it was a very positive meeting,” Cllr Cahill told the Leader before pointing out that Minister Denis Naughten, Deputy Séan Kyne and Deputy Kevin ‘Boxer’ Moran were also in attendance.

“I outlined to all those present what it would mean to Co Longford to have a gas supply and everyone agreed that it was a critical piece of infrastructure that would improve the economy of Longford and the surrounding areas.”

Mr Mahon then advised those present about the route that any potential gas pipeline in the county should take.

With the commencement of the constructioin of  Center Parcs  due to begin in  Ballymahon in  Spring, it is now envisaged that there will be a gas pipeline running from Mullingar to the south Longford town  to accommodate the holiday park.

And, while Cllr Cahill agrees that this is a positive move, he adds that it simply does not go far enough in facilitating the entire county of Longford when it comes to the provision of gas.

“The gas supply from Mullingar to Ballymahon will be a small supply and of no real benefit to Co Longford,” added the local area representative in Carrickedmond.

“What we want is the supply of gas from Athlone which is, in fact, a much bigger pipe.”

Cllr Cahill also pointed out, that once a service like that was up and running, it would not only serve the needs of Co Longford, but would benefit Co Roscommon and the wider areas of Co Westmeath too.

“Minister Naughten gave us a good hearing at the meeting; he knows the midlands well - he is from across the Shannon - and he had a very good understanding of what we were saying to him,” continued Cllr Cahill.

“The Minister said that he was working on the situation, but did advise us that Gas Networks Ireland would only provide gas where it was economically viable to do so.”

The local area representative in the Ballymahon Municipal District also said that in order to get the initiative across the line, it would probably take a lot of hard work and political will.

“Hopefully,” he added, “that can be achieved”.

“This is something that has been looked at for Longford before, but I think this time, the fact that we have Center Parcs as a major customer in Longford will be viewed as a huge plus by Gas Networks Ireland.

“We also need the motorway in tandem with this and with those two pieces of infrastructure in place, we could turn the midlands and west around.”