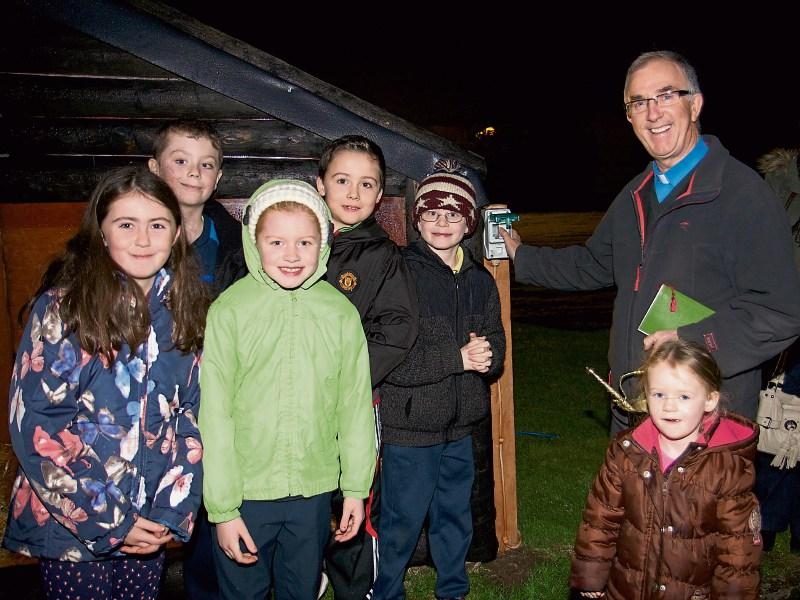 Excitement is building in Ballinamuck this week, as the community prepares itself to host a very special visitor on Sunday afternoon.

Santa Claus is taking time out of his very busy schedule to pay a visit to Ballinamuck for the annual children's Christmas party this Sunday, December 18 at the '98 Bar.

The brainchild of Dessie Connell, the party has been running now for almost a decade, and according to one of the co-organisers, Nuala McLoughlin, it's a great way for the village to kickstart the celebrations.

“It was Dessie's idea,” she was keen to point out.

“He felt it was important to have something for the children locally.

“Santy arrives on a horse-drawn carriage, which the vintage club here organises for us.

“It really is magical,” Nuala grinned.

“Santy comes through the village, the children go out to meet him and then they go to the grotto.”

Every child will receive a gift on the day, and each family will also have the opportunity to get a photograph taken with Santy before he heads back to the North Pole to complete preparations for December 25.

The Cash and Carry have generously sponsored some treats for the kids, while a DJ, facepainting and some well-known characters will keep them entertained for the afternoon.

Taking place from 3pm to 5pm, the event is open to families and kids of all ages and admission is optional, with proceeds going towards the organisation of next year's occasion.

“It's a nice day out and families always look forward to it,” Nuala added.

“It's the start of Christmas for  a lot of people.”