Hugely successful 'Taste of the Lakelands' food fest in Longford 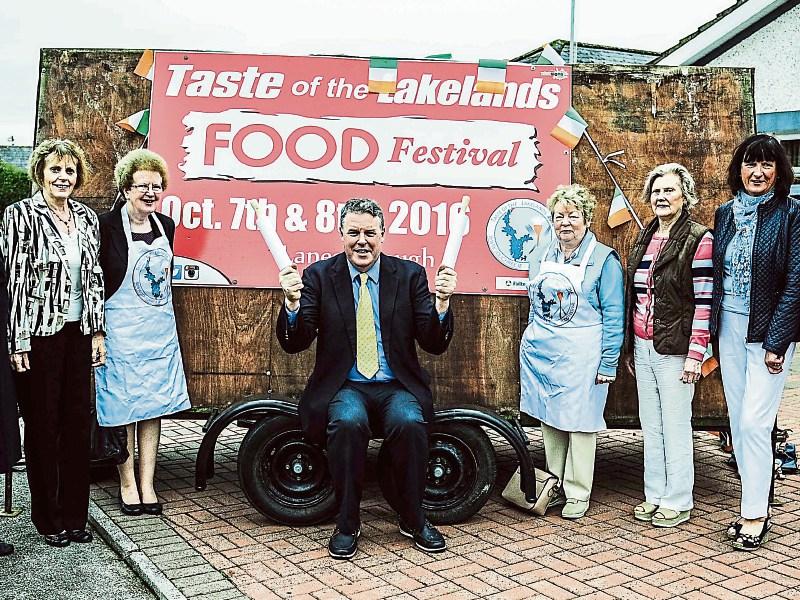 2016 was a very successful year for Lanesboro and Ballyleague.

Aside from hosting one of the most successful international fishing competitions, the area also launched its inaugural Taste of the Lakelands food festival which together with a local angling competition attracted over 6,000 visitors

Last Thursday night along the banks of the River Shannon, the committee ran a Taste of the Lakelands Christmas Extravangza and they came from all over the region to sample the goods !

During a recent Municipal District Meeting in Ballymahon, members of the Taste of the Lakelands committee talked about the success of this year's event during their endeavours to convince the local authority to provide funding of €7,000 to help with next year’s costs.

The committee’s PRO Ciaran Mullooly told members of the Municipal District that 142 anglers from all over the world participated in the angling competition and they brought with them an additional 140 friends and relatives to the area.

The meeting also heard that the revenue generated locally from the event amounted to approximately €300,000.

“For next year, we are looking at further locations for angling and a walkway along the shore line,” added Mr Mullooly before pointing out that plans were also in place to introduce a boat on the River Shannon for disabled anglers.

“Next year it is envisaged that there will be two days of predator fishing and the Camlin Angling Club will also be coming onboard with that.”

Philip Gordon then told the meeting that the angling competitions in the area had reignited a tradition that had been very much alive in the area up to a few years ago.

“Next year we are going to develop parts of the Royal Canal and the plan then is to introduce more competitions,” he added.

“Anglers will be very interested in this and part of this initiative will be unique to this part of the world.

Mr Gordon went on to say that predator fishing was making a big comeback and so therefore the committee’s plan was to build on that momentum by holding a fishing competition in June and offer a €10,000 prize fund.

“This is guaranteed to attract those who are interested,” he added.

“After that we will run another competition in October andafter the World Championships which are expected to take place in Russia in September.”

Meanwhile, Helen Feeney gave a brief rundown of the inroads made by the ‘Taste of the Lakelands’ food festival.

She said that 120 local school children were taught how to bake homemade scones and brown bread while the celebrity chef event “exceeded all our expectations”.

“People told us that they arrived early for the demonstrations but many ended up staying there because of the entertainment value,” continued Ms Feeney.

“There was just so much going on during the food festival which had 44 stands - five of which were from Cavan; five from Dublin; 15 included Longford producers, while another six were from Roscommon.

“Nowadays people are more interested in food and we as a committee intend to adapt our ‘Taste of the Lakelands’ brand and build on it.”

Cathaoirleach, Ballymahon Municipal District Mark Casey (Ind) said the success of the event highlighted the “great work” that had been done by the committee.

“Taste of the Lakelands was a great success and served as a huge boost for Lanesboro,” he added.

“We will certainly bring the request for €7,000 to our corporate policy meeting in a few weeks' time and hopefully we will be able to get that across the line for you.”