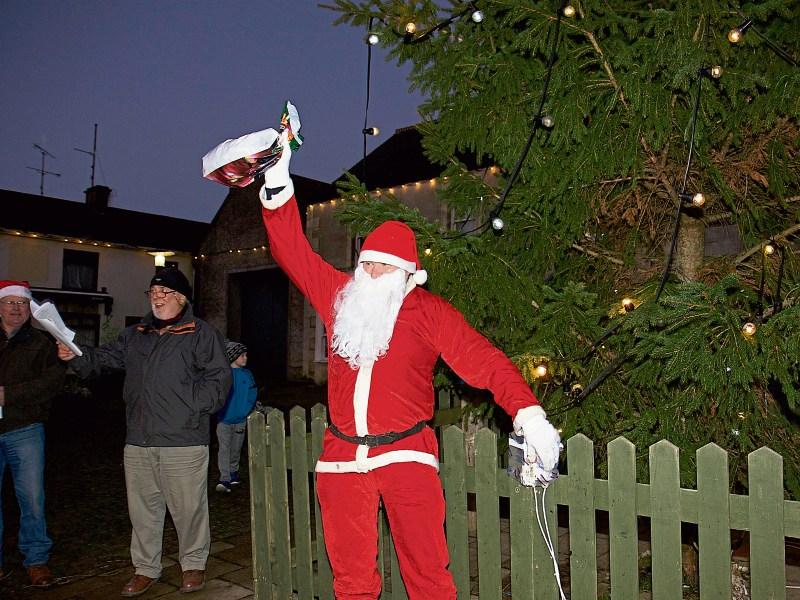 There was plenty of Christmas cheer on display in Arva last Saturday afternoon as the proverbial red carpet was laid out for Santa Claus.

The man chiefly responsible for making many a child's dream come true at Christmas time arrived amid a hail of revelry and commotion from young and old alike.

From early afternoon, crowds began to assemble along the town's Main Street in an attempt to get the best possible view of the portly, white bearded figure.

As it turned out they weren't to be left disappointed as Santa left his own indelible mark on proceedings by switching on the town's Christmas lights.

That, perhaps not surprisingly drew arguably the loudest cheer of the day.

A special mention too, for local motor dealership, Brady's of Arva, who kindly provided this year's Christmas tree.

Equally, similar messages of acknowledgement to all those who attended a recenly held race night in The Goalpost Bar, the proceeds of which went towards the overall Christmas lights fund.

It certainly seemed to be appreciated by all those who attended in what was the penultimate shopping weekend before Christmas.

Once those formalities were concluded, from there, Santa made his way to the local St Patrick's Hall where toys of all shapes and sizes were handed out to boys and girls from the local community.

Many of those same children, who went home with broad grins on their faces, will be hoping Santa is just as open-handed when the bid arrives on Sunday week.