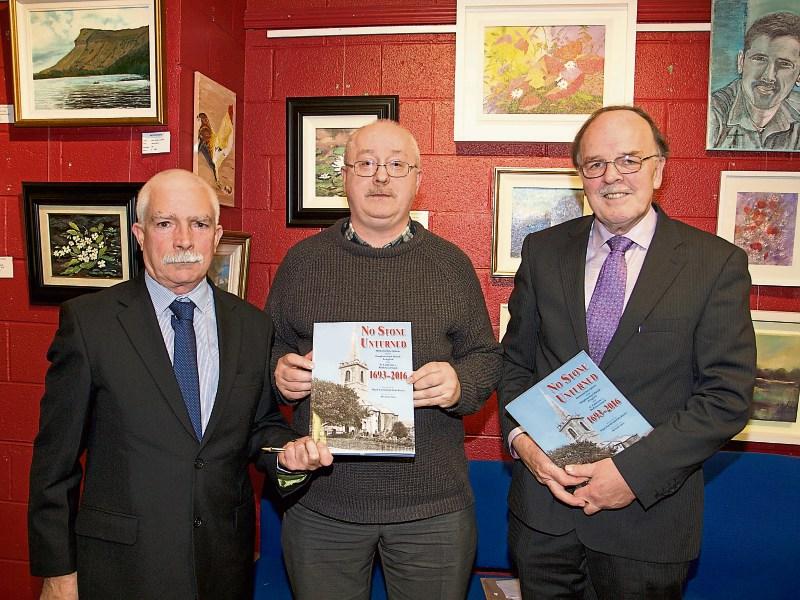 Large crowds gathered at Longford Co Library on Thursday night last for the launch of a very historic local publication - ‘No Stone Unturned'.

The book is based around memorial inscriptions researched by Luke Baxter and Hugh Farrell, with photography by Michelle Ghee

The launch of 'No Stone Unturned' was performed by the Most Reverend Dr Michael Geoffrey Jackson, Archbishop of Dublin, Bishop of Glendalough and Primate of Ireland.

Speaking at the event, the Archbishop - whose parents are buried in Longford - said that one of the things that ‘No Stone Unturned’ suggested was that every detail is looked after and every decision is noted.

“The stones carry history within them and details of the lives of people so the we can remember them and celebrate them,” he added.

“Throughout our history, churches and churchyards have made a tremendous contribution to something that is vital in the life of a community, and that is cohesion.”

He went on to say that local history was a huge part of all our lives.

“Community and understanding go together because they are connected by the individuals that make an effort to make things happen and to give cohesion.”

Meanwhile, co-author, Luke Baxter provoked much laughter when he took to the podium to speak.

“To some extent I feel like the guy in New York who fancied himself as a bit of a singer and he threw this party one night, but unknown to him one of his guests brought along Pavarotti - so that finished that,” he laughed.

“During the four years that myself and Hugh were immersed down in St John’s Churchyard, I often thought about Oscar Wilde’s quote about death; ‘To have no yesterday and no tomorrow; to forget time, to forget life; to be at peace’.

“And we found that peace in St John’s when we were working there everyday.”

Second co-author, Hugh Farrell spoke about the history of the military in Longford town that the headstones afforded.

“To me it was like getting a glimpse into the life of the famous Alexandra except this was written in stone not on clay tablets,” he smiled.

“The amount of information that we gathered from both military and civilian tombs would fill many volumes and we are aware that many people were buried in those churchyards without either marker nor tombstone due to family circumstance.”

“The tragedies and the triumphs of Longford are contained within this publication,” Mr Farrell continued.

“The amount of information on some of those stones is incredible, they contain dates of birth and death, place of birth, and in the case of married women in many cases it gives their maiden names.

“On most of the military tombs it gives short biographies on cause of death and service.”

The book is available locally at Baxter’s Pharmacy in Longford town and at St John’s Church following Sunday service.  It costs €15 or two for €28 and can be posted worldwide.