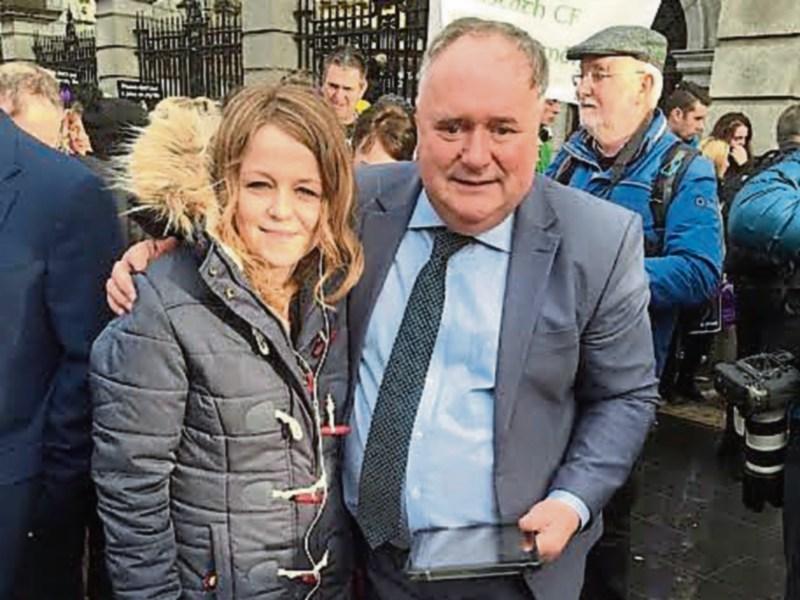 Since last Wednesday’s march for Orkambi, which was organised by Longford’s Jillian McNulty, talks have reopened between Vertex and the Health Service Executive (HSE) with regards to negotiating a price for the drug.

Ms McNulty says that Orkambi has saved her life and she now remains hopeful that the drug could soon be made available to CF sufferers in Ireland.

“It means I know I will be alive in four or five years time; without Orkambi I would not be here.

Meanwhile, in a statement to the Leader, Vertex said it welcomed the opportunity to meet with decision-makers at the HSE in an effort to reach an agreement, so that people with CF in Ireland could access Orkambi.

“Over the past year, as we have been working toward an agreement with the HSE, we have come to know many of these people with CF,” said a spokesperson from the company.

“With each passing day, they are progressively getting sicker and losing lung function.

“We share their sense of urgency to join the thousands of people around the world who already have access to Orkambi.”

The company went on to say that it and the HSE had a shared goal - to help people in Ireland get Orkambi as soon as possible.

“As such, we are calling on the HSE to ensure that our next meeting results in a definitive resolution to a process that has already taken too long,” the statement continued.

“To achieve this resolution, Vertex believes it is critical that this meeting happens with the right people around the table, including the senior decision makers from both Vertex and the HSE.”

During last week’s march for Orkambi, thousands turned out in support of an event that could now see the lives of CF sufferers in Ireland changed for the better - and sooner rather than later.

He said that as a  country with one of the highest rates of CF per head of population, Ireland should be at the forefront of new technologies and strategies to deal with the illness.

“I want to commend Jillian, a Longford woman, and indeed a former colleague of mine in Shannonside Radio who has been a fantastic leader on this important issue,” he added.

“There was an amazing turnout of over 2,000 people and great praise is due to Jillian and all the other campaigners who have been working hard on this issue.”

Deputy Murphy went on to say that he was pleased to see so many of his Fianna Fáil colleagues attending  the protest and pointed out that he would continue to support Ms McNulty’s campaign to get  Orkambi available as soon as possible.

“Orkambi has been described as a game changer in the treatment of CF,” he added.

“It can lengthen life; can improve quality of life and could effectively reduce the number of hospital admissions for CF patients by 40%.

“There have been numerous testimonies from patients about the life-changing effect that Orkambi has had on them, and given the fact that CF is so prevalent in Ireland, it is drugs like this one that should be prioritised for funding.”