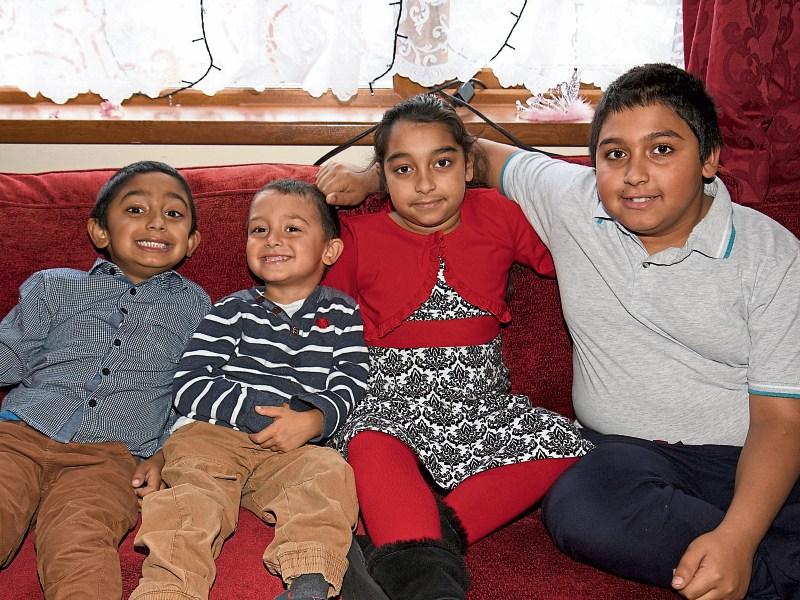 Friends and neighbours have come together to organise a massive fundraising night for the family of the late, Marcella  Strkácova, who died following a battle with cancer earlier this year. The popular woman was well known locally and is survived by her husband and four young children, who range in age from three to ten.

The family, who live at Park View,  were dealt a further blow   recently when their seven-year-old daughter, Barbora Strkac was admitted to the neurosurgical unit at Beaumont hospital, where she  is currently undergoing treatment.

Meanwhile, neighbours and the local community have rallied around  Barbora and her three  siblings, Robert (10), Lukas (5) and baby Matej (3). All roads will lead to the Longford Arms Hotel tomorrow night,  Thursday, December 15, for a gala country music night. All proceeds from the night will go into a trust fund for the young children.

Several of the big names in Irish country music are taking part and these include Sandy Kelly, Simon Casey, James Kilbane,  and the new young sensation, Keelan. There will also be a strong line-up of local entertainers and these include Busy Fingers, Paschal, Liz and Davy, Sean Hussey, Brian Ross and Seamus Farrell.

The late Marcella    was a devoted young mother who loved  her children and was enjoying her new life in Longford town until illness visited the family. She had a warm and easygoing personality, and was familiar to many parents, whom she would meet at the gates of the local St Michael’s and St Joseph’s schools, as she was bringing  her children to and from school.

Well known local man, Donald Keogh is one of the organisers for the fundraiser and he explained that the plan is set up a fund for the four children, which will be used for their educational and other needs going forward. The fund will be administered by three local trustees. He thanked the many who have already bought tickets for the event and is promising a great night out.

He told the Leader: “They are loving young children and like all children this time of the year they are full of the joys of Christmas. Little Barbora came home from hospital during the week so they are all together again. Losing their mother has been a huge blow  but I am proud of the way that the community has rallied around these little people.”

Doors will open from 8:30pm with dancing until late and you can pay €10 at the door on the night whilst tickets are also on sale in advance for those wishing to support the night. Anybody looking to buy tickets in advance or make a contribution to the planned fund can contact  Donald Keogh, who is assisting the fundraising effort, on 085 8272053.