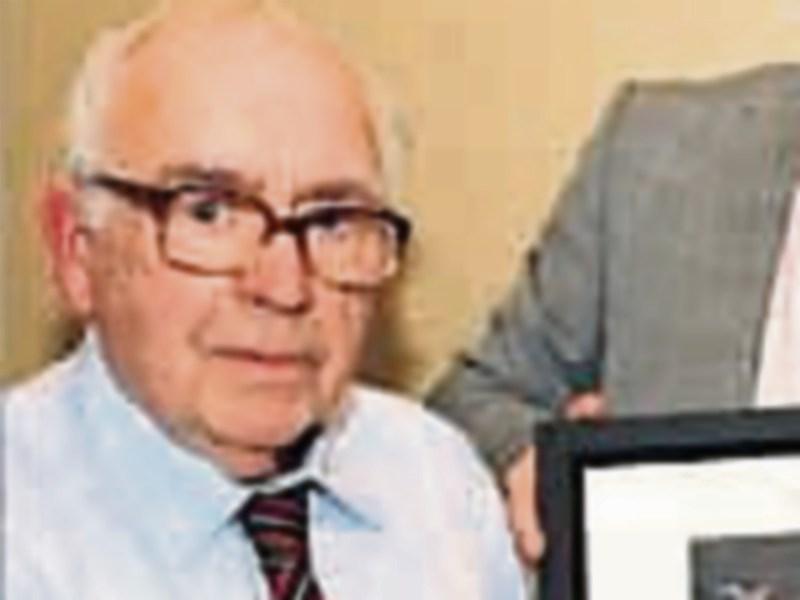 An era came to a close over the weekend with the passing of one of the region’s greatest businessmen and a leading light in the Irish motor trade. Arva’s Phil Brady passed away peacefully on Saturday, December 3, and was surrounded by his family in the tender care of all the staff at Cavan General Hospital.

He founded Brady’s Arva Ltd in 1961 and for more than half a century it has been one of the country’s best known and most respected motor dealers.

Soon after launching the business, Phil joined forces with an emerging German car manufacturer, Volkswagen. They were a formidable and successful  team and together became one of the real success stories in the Irish motor trade.

But first and foremost, Phil was a devoted family man and his heartbroken family will find comfort in the knowledge that he is once again reunited with his beloved wife,  Marie. Together they raised a loving and close-knit family with many of them joining the family business. He was a loving  father who helped instill in all the children sound values, principles and a solid work ethic.

With the arrival of his grandchildren came a new lease of life for Phil. He delighted in their company and was happiest in their midst.  He is survived by his eight children,  Cathal, Gerard, Philip, Joanne, Niall, Finbar, Padraig and Michael; his brothers,  sisters, daughters-in-law, his treasured grandchildren, nieces and nephews, extended family, relatives and large circle of friends.

Whilst he wasn’t one to wear it on his sleeve, Phil was a deeply religious man with a great sense of faith and a wonderful sense of social justice. Over the weekend we heard many instances of the people he had helped down through the years with simple acts of kindness and generosity. They didn’t go unnoticed but  were always done quietly  and Phil’s only  motivation would have been to do right by the people of his community.

Phil loved his family dearly  but he had a second family and that was his beloved GAA.

He was a former chairman of the Cavan Co Board and held various positions on the board as well as his own club, Arva, where he and the Brady family have a life-long involvement.

Of course Arva was always in a geographically unique setting insofar as they always had one eye on Longford GAA. Whilst his first love was the blue and white of Arva and then Cavan, Phil was also a devout Longford follower especially in recent years when his nephew, Dermot Brady, Longford Slashers, was one of the stars of the Longford team.

Phil was fiercely proud of Arva and down through the years would have been to the fore in a variety of initiatives and projects to advance and promote the town.

He will be greatly missed from the many events there over the coming years but his family will take great pride in his wonderful legacy and commitment to the town.

They came from all over Ireland to pay their respects to the late Phil Brady and it was one of the largest Funerals seen in the region.

His remains reposed at the family home in Arva before being brought to  the Sacred Heart Church, Arva for Funeral Mass on Monday morning,  followed by burial in Coronea cemetery.